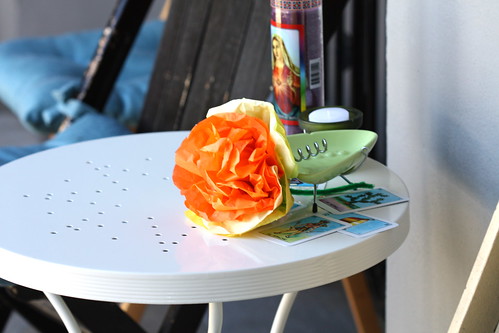 Here is my question to you?  When exactly are you supposed to find time to take good pictures when you’re hosting a party of 35 in a one bedroom apartment?  I think the answer to that question is simple.  Take pictures before everyone shows up.  More importantly, take pictures before you’re 3 margaritas into the party because even auto focus can’t help you then.

What could be better than a party with margaritas, chocolate cupcakes and loads of friends and family?  Probably the same party, but with beautiful pictures as evidence.  Throw in some homemade,  16 avocado guacamole and wonton empanadas and why ever would anyone want to leave?

Let’s start with the guacamole- 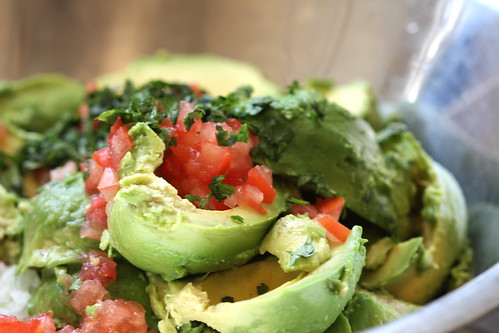 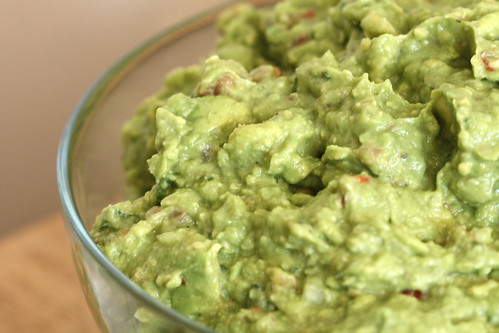 Making guacamole is very different from making a batch of cookies.  I know I don’t have to tell you this, but things like guacamole are more like “A little of this.  A little of that.  Mmmmmm!  That’s yummy!”  Let’s just say I never have my teaspoons out when I’m making chunky guacamole.  It’s not an exact science to me.

Guacamole For an Army

2 tomatoes on the vine, seeded and diced fine, very fine

small handful of of cilantro, chopped

salt and pepper to taste.

Peel and pit the avocados and throw them in a large bowl.  Add the diced onion, tomato and cilantro.  Stir and mash.  Add the lime, salt and pepper.  Stir.  Taste and add more seasoning, lime and cilantro as needed. 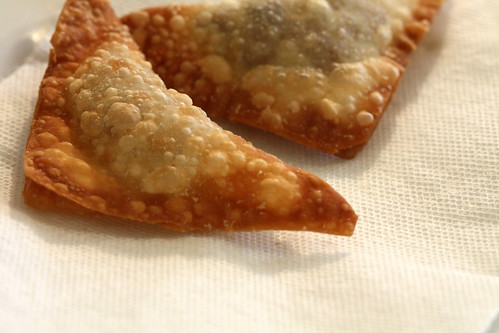 These wonton empanadas barely made it to the table.  I was practically eating them right out of the fryer.

I used wonton wrappers because I couldn’t find the pre-made empanada circles in the grocery.  I certainly could have made my own empanada dough, but I was so busy making drink umbrellas that the dough just didn’t make it.  More on how I fill my time with insane crafts like drink umbrellas later.

The recipe for the beef filling is so good, I’m already thinking about other dishes to use it in.  The filling has two secret ingredients- green olives and raisins.  Sounds crazy, yes, but they add the sweet and salty mix that is just outta sight. 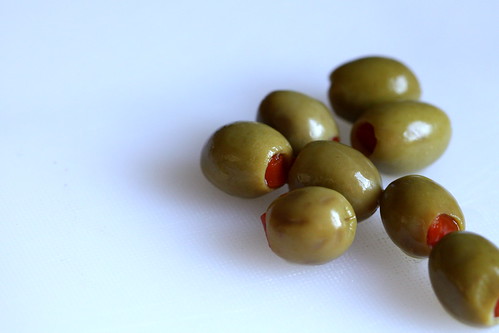 1 (14-ounce) can whole tomato in juice, drained, reserving 2 tablespoons of juice, and chopped 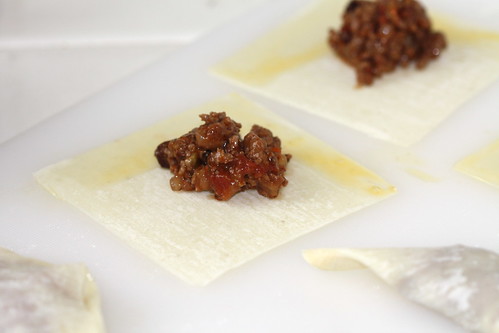 Cook onion in olive oil in a heavy medium skillet over medium heat, stirring frequently, until softened. Add garlic, cumin, and oregano and cook, stirring, 1 minute. Stir in beef and cook, breaking up lumps with a fork, until no longer pink, about 4 minutes.

Add raisins, olives, 1/2 teaspoon salt, 1/4 teaspoon pepper, and tomatoes with reserved juice, then cook, stirring occasionally, until liquid is reduced but mixture is still moist, about 5 minutes. Spread on a plate to cool.

Preheat oven to 200°F with rack in middle.

In a small bowl, beat an egg for a egg wash.

Unwrap wonton wrappers and 6-12 square pastry pieces out at a time.  Spoon 1 teaspoon of cooled meet filling into the center of each wonton wrapper.  Using a pastry brush, brush two joining sides of the wonton wrapper.  Gently fold the dry ends of the wrapper onto the moistened ends.  Press with a fork to seal.

If using thawed empanada dough, lay a large sheet of plastic wrap on a dampened work surface (to help keep plastic in place), then roll out an empanada disk on plastic wrap to measure about 6 inches. Place 3 tablespoons meat mixture on disk and top with 2 slices of egg. Moisten edges of disk with water and fold over to form a semicircle, then crimp with a fork. Make more empanadas in same manner.

Heat 3/4 inch vegetable oil in a deep 12-inch skillet over medium heat until it registers 360°F on thermometer. Fry empanadas, 2 or 3 at a time, turning once, until crisp and golden, 2 minutes for wontons and 4 to 6 minutes for empanada pastry.

Transfer to a shallow baking pan and keep warm in oven. Return oil to 360°F between batches.

Cooks’ note: Empanadas can be brushed with oil and baked on an oiled baking sheet in a 425°F oven until golden, about 10 minutes. (They will not be as crisp as fried empanadas.) 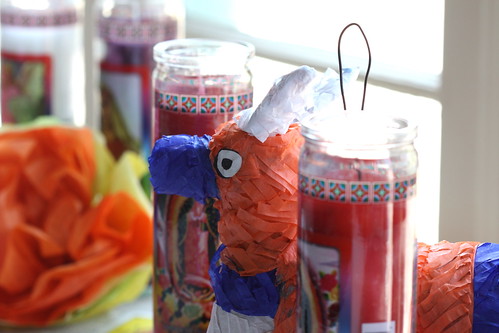 Yes, we had a burro pinata at the party.  Burro = donkey in Spanish.  Immortalized above is a mini donkey pinata.  Festive.  His full sized companion we named William S. Burro at about 2am.  Awesome.

Thank you to Andrew my party co-host and to all the friends and family that came to crowd a tiny apartment.  We ate.  We drank. We laughed loudly- without apology.  We welcomed summer.  We made the neighbors jealous.  Mission accomplished.

More on the amazing chocolate cupcakes (Sonia you had 3(!) which is two too many! Ha!) tomorrow!

Aunt Dede looks over everything we do @thebakehous

This weekend I read an essay about the vulnerabili

@drakeoncake, with steak. She back.

I’ve made Single Lady Pancakes for the last elev