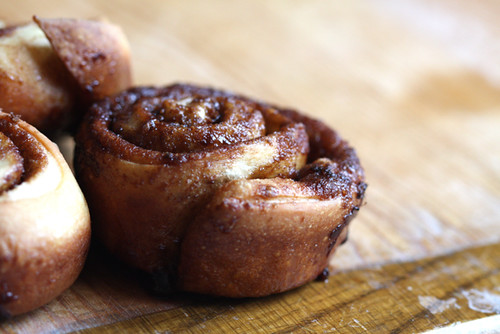 I was trying to cheat.  I was trying to take a short cut and it bit me in the butt.  Now, here I am with my tail between my legs, and big puppy dog eyes.

I’m a great baker.  Every great baker has their weak spots.  Mine happens to be cinnamon rolls.  Nevermind that I love the darn things!  I’m just not very good at baking them.  My one success is with these Sugar and Spice Cinnamon Rolls.  Good.  Really good.  But I’m looking for the ooey gooey, make you want to bite your pillow cinnamon roll.

I tried to take a short cut today to get a quick fix.  I had the clever idea to use Trader Joe’s refrigerated pizza dough, roll it out, cover it in butter, cinnamon and sugar, and indulge to my heart’s content.

Well… it wasn’t the stuff dreams are made of.  Maybe you can help. 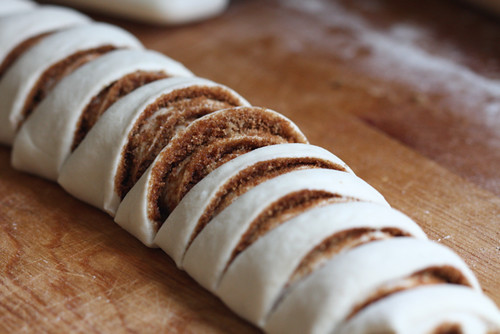 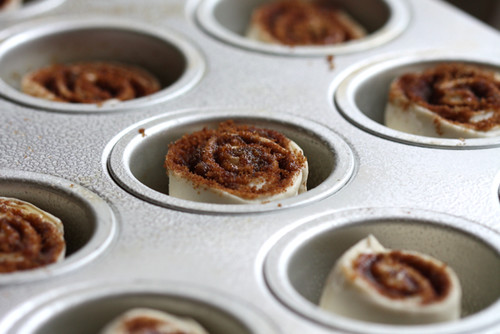 Here’s the problem. When I roll up the cinnamon roll and slice it, everything is fine and good.  It’s when they hit the oven that things start to go wrong.  See, all the cinnamon and butter goodness oozes out of the roll, collects in the bottom of the pan and burns to high heaven!

Don’t get me wrong.  I still managed to eat the centers out of each and every cinnamon roll, but I almost lost a filling or two along the way.

What’s your cinnamon roll secret?  I need to know.  I’ve got a serious hankering! 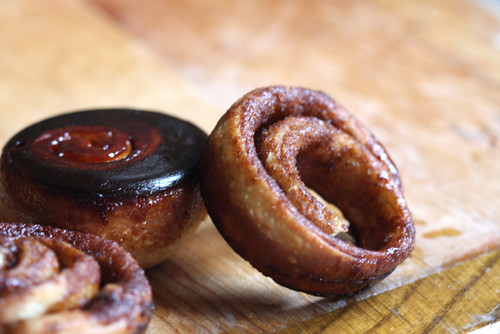 You should also know that I blog about things other than cupcakes and cinnamon rolls.  Looking for a cocktail recipe, cookbook review, or killer pasta salad recipe?  Catch me if you can!

My favorite family photo shows that I’m a monste

Let it be a weekend of wine glugs. 🥂

We cookie our cobblers now. That’s the good word

Today on the blog: a case for savory coffee cake w