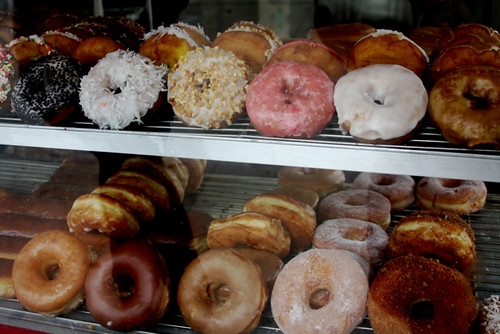 There are endless things for a young, single girl to do in a big city like Los Angeles.  There’s shopping on Melrose.  There are afternoons at the beach in mid October.  There are concerts, countless happy hours to attend, and an array of ridiculously pretentious clubs to try to get into.

Yea…. those are all things that most normal twenty something girls might find the time to do.  I’d like to consider myself a special breed.  When I had a free morning a few days back I decided to go doughnut hunting.  Yes, I made up a new sport.  It involved just a few things:  doughnut shops, milk or coffee, and an empty and willing stomach.

Wanna play?  The beauty of this game is that you can do it in any city on any given morning. 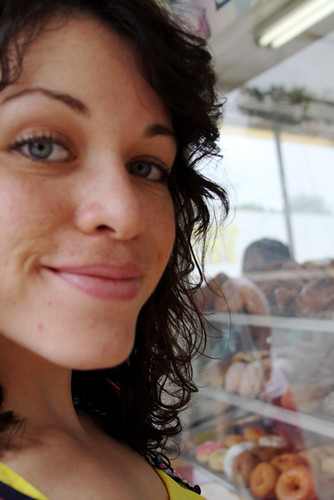 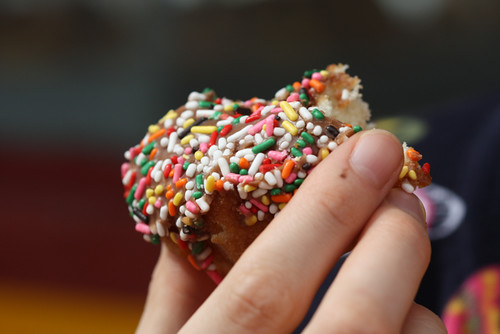 This year’s doughnut hunt was inspired by the crazyinsane (new word) doughnuts I made a few months back.  They were painfully good and inspired me to… well… bring doughnuts back into my life any way I could. 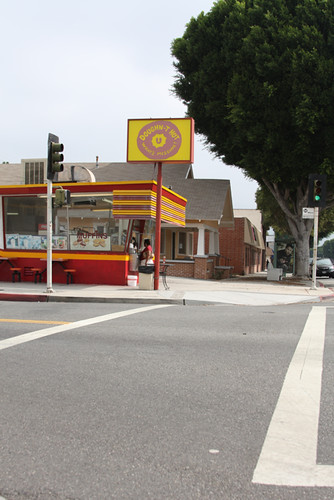 Say hello to the Doughnut Hut in Burbank.  They’ve got a clever retro sign and colorful, tiny little shop.  The outdoor seating is charming and incidentally, bee infested.  Seeing as this was my first stop, I opted for not one, but two fine doughnuts:  one standard sprinkle and another orange colored find. 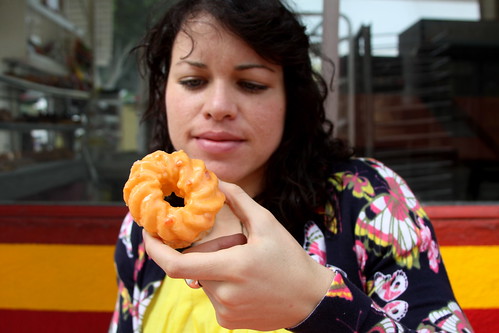 It turns out orange colored, passion fruit- esque doughnuts are not exactly the way to go.  The troubled look on my face was only intensified when I realized that this particular doughnut tasted like an old churro, if a churro were a shoe.  Not ok.  The sprinkle doughnut, however, was perfectly cakey, and divine with milky coffee. 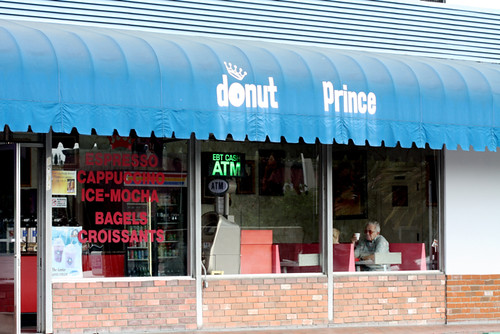 I stopped at the Donut Prince simply because there was the cutest old couple sitting in the window.  Old people know doughnuts.  They’ve been around long enough to know.  They’ve eaten more doughnuts that I have.  It’s simple mathematics. 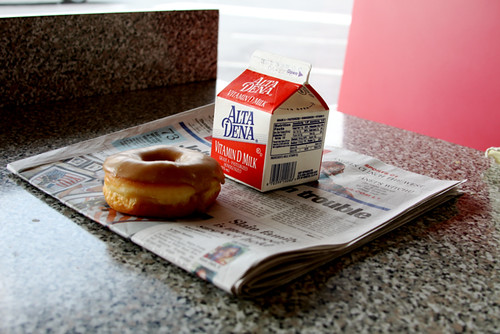 It turns out that old people do have doughnut wisdom.  I, on the other hand, should not have ordered two more doughnuts.  Despite the shoe like taste of the passion fruit doughnut at the previous shop, I did manage to devour it. 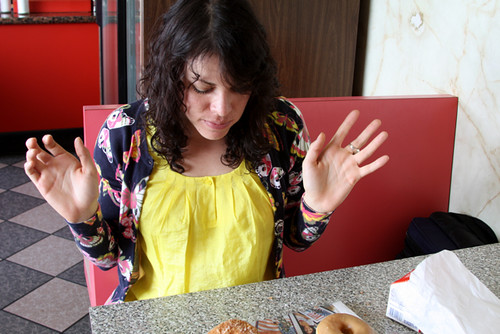 Not sure if I can make it through these two doughnuts.  Like a true champion-  I do.  Doughnut count:  4. 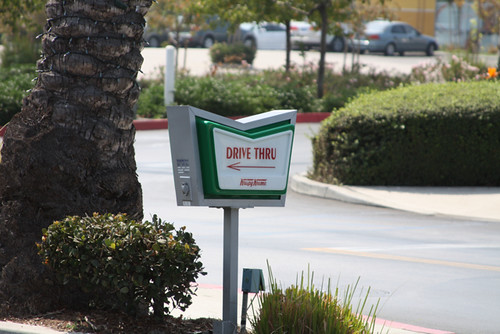 No doughnut adventure would be complete without a trip to Krispy Kreme.   But, Krispy Kreme Drive- Thru!?  Oh the sheer gluttony.  Even after 4 doughnuts, two cups of coffee and a mini carton of milk, I managed to get out of my car to eat more doughnuts. Success!

Walking into Krispy Kreme is like walking into doughnut Disneyland.  It’s just magic.  Somehow, no matter how many doughnuts I try, Krispy Kreme is always my favorite.  They’re perfectly over sweet and literally melt in your mouth.  I think I went through at least two in the blink of an eye.  Ahhh…. sweet sweet doughnut adventure. 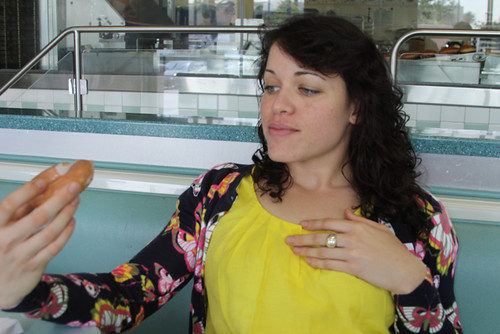 I literally have to hold my heart after a bite of Krisy Kreme doughnuts.  Is there such a thing as soul mate doughnuts?  Doughnut count:  7 ok…. probably more like 9.

I should make it known that shortly after this picture was taken, I fell into a deeply satisfying doughnut coma.  Thank you Carsen for being my able photographer and eager doughnut tasting partner.

So…!  When’s your doughnut hunt?