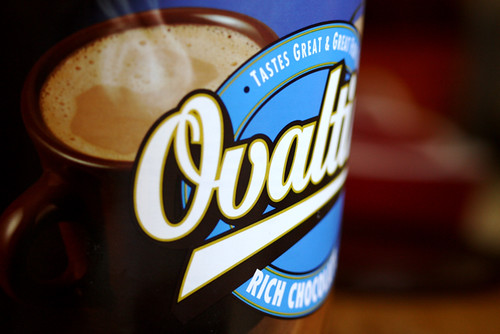 On Saturday afternoon I found my self standing in my kitchen, sipping a hot cup of milky Ovaltine. As I stood there, I started reading the Ovaltine canister… you know, like you read the box of cereal as you eat breakfast.

It turns out that my unassuming canister of Ovaltine had a recipe for me. I paused. I raised an eyebrow. I set down my mug of Rich Chocolate Ovaltine and I decided to bake their Ovaltine brownie recipe.

Let me stop here to answer the questions that have undoubtedly formed in your mind.

Yes, on rare occasions, I’ve been known to enjoy a cup of warm Rich Chocolate Ovaltine. A girl can only drink so much tea.

No, I will never again enjoy a warm cup of Rich Chocolate Ovaltine.

Why? I’ve discovered that Rich Chocolate Ovaltine is neither rich, nor chocolate. I’m not even convinced that it’s food. It should not be baked into brownies. Ugh. God. Ick. No! Mistake.

What happened? My ‘brownies’ came out of the oven bubbling with butter and chocolate-ish preservatives. Brownies are not supposed to bubble with butter. My house didn’t even smell like warm brownie goodness. It wasn’t a pretty picture. I felt sorry for the two sticks of innocent butter that I subjected to such torture.

But I learned something- something that I had already known, but my judgement must have been clouded by artificial chocolate flavoring. Use real ingredients. There is no substitute. Ovaltine is not chocolate. It might say it’s chocolate. It might strive to be chocolate, but it’s not, and it has no business in your brownie pan. 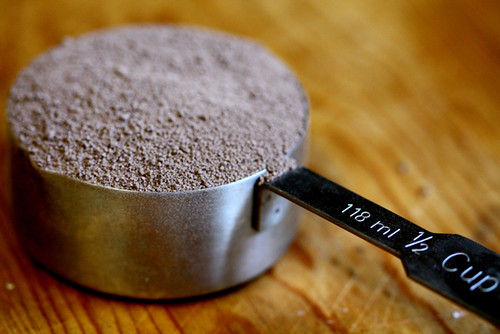 Don’t get it twisted. I’m not entirely hating on Ovaltine. Ovaltine rocks the house in my Chocolate Buttercream Frosting.

If you need to take to the couch for a lie down, I

This weekend @thebakehousenola we started our fall

My life, more than ever this year, revolves around

In good news you can use: this recipe for BLACK EY

In some ways September feels like more of a new ye