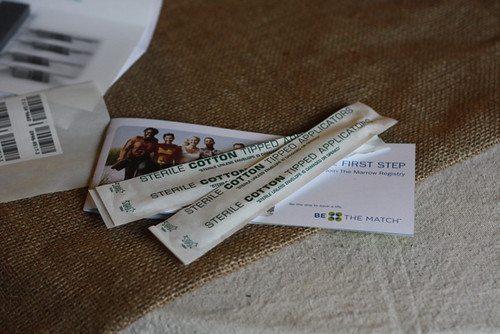 What’s going on in my world?

Oooh the usual… just swabbing my cheeks, barcoding the samples, labeling them a biohazard, shoving them in an envelope and leaving them for the postman.  That’s normal… I do this nearly everyday.

I’m swabbing because I just put myself on the Be The Match list with the National Marrow Donation Program.  The National Marrow Donation Program houses a giant list and genetic samples of possible donors… a list about 12 million people long.  Dang!  Doctors look for genetic matches for patients that suffer from life threatening illnesses like leukemia and lymphoma.  Sometimes doctors and patients find a genetic match among the millions on the list… sometimes they don’t.

If I’m a match, some doctors will come to knock me out and take bone marrow from my lower back.  Someone gets my good bone marrow and I grow my own bone marrow back.  Success!  I decided to become a part of the National Marrow Donation Program because I feel blessed enough to be strong and healthy, and would be more than happy to share that health with someone else.

It’s a bit commitment … one that I considered for months before signing up.  See, there’s needles… and many hours of prep and testing before the actual donation begins.  And… needles.

I’m not telling you about the National Marrow Donation Program because I want you to rush out and sign up.  It was the right choice for me… but it might not be for everyone.  But… if you think marrow donation might be right up your alley, well then heck!  Get on it!  I just wanted to share.  Now you know what I’m up to when I’m not in the kitchen making cookie dough, or avoiding dishes, or snacking, or drinking wine, or being otherwise silly and unproductive. 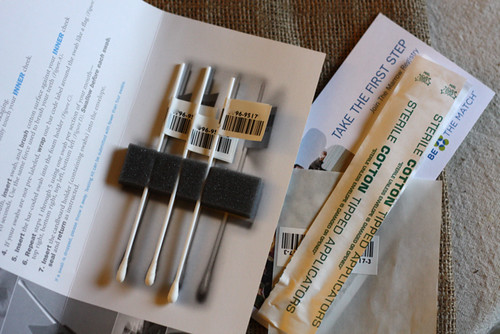