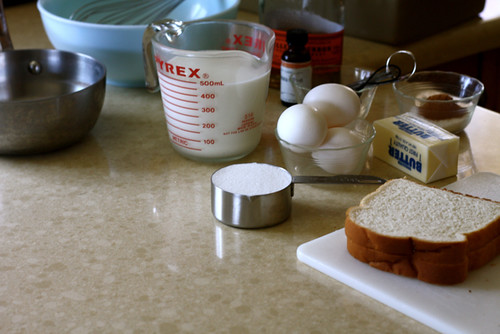 Imagine how glorious your day would be if you took plain old, super soft white bread and baked it with milk and sugar, bananas and bourbon.

Seriously… what are you doing right now?  Unless you’re shoe shopping or naked with someone you like… I think you should stop what you’re doing and at least think about making some bread pudding.

Or you could watch this video.

Bake Out with Jill and Joy.  We’re at it again.  We do a fair amount of giggling.  We eat piping hot bread pudding and try to pretend that we’re not burning our freaking faces off.  I also announce myself as the winner of the game of life… cause yea. 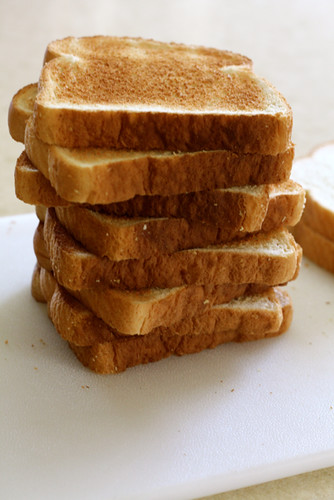 Are you one of those people who thinks that they don’t like bread pudding?  Would it make you feel any better if I called this Baked French Toast?  Would you feel even better still if I told you that you can totally get away with bourbon at breakfast?  Yea.  Sneak it in with milk, eggs and bread and no one will think you a lush…. or at least I won’t. 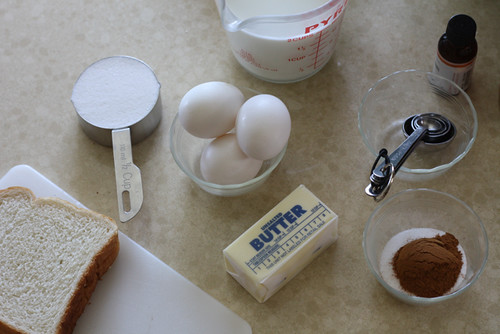 This bread pudding is unique.  It’s not a completely soggy mushfest.  The bottom layer of cooked bread and custard is soft and flavorful.  The top layer of bread pudding is crispy, buttered toasted topped with a good helping of cinnamon sugar.  It’s the best of both worlds and you know it. 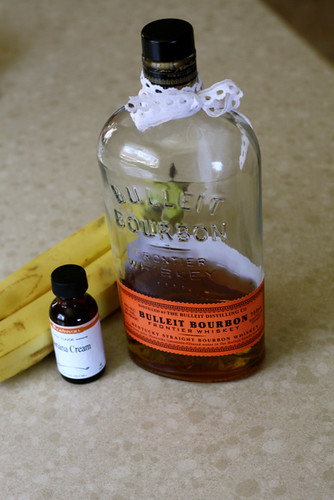 Plus banana (including a dash of banana extract), plus bourbon… plus awesome. 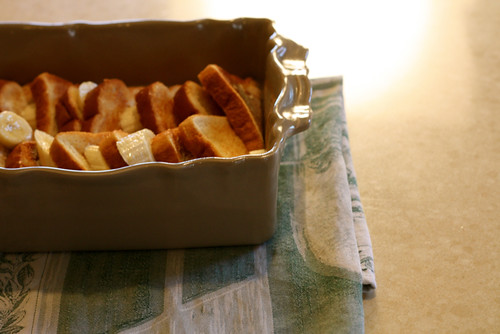 Fresh bananas are fine indeed.  I like kicking the banana flavor up with a touch of banana extract.  If this offends you, go heavy on the banana slices and throw in some vanilla extract. 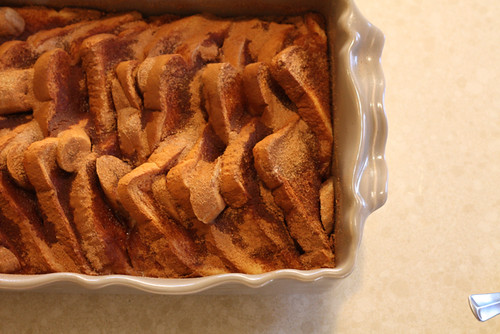 10 slices of white bread, toasted and sliced in half diagonally

Lightly toast 10 slices of white bread and butter each slice.  Cut each slice of bread in half diagonally.  Layer bread slices in pan, butter side up so that the bread tips are pointing upwards.

In a small sauce pan, heat the milk and sugar just until the sugar is dissolved.

Whip the eggs and pour the warmed milk mixture over the eggs while whisking the eggs thoroughly.

Add bourbon and banana extract.  Pour the custard over the bread slices.  Add banana slices to the bread pudding, placing them in between the bread slices and deep into the custard.  Bake for 30-40 minutes or until the custard is set.  Remove from the oven and sprinkle generously with cinnamon sugar.  Let cool to room temperature before serving.