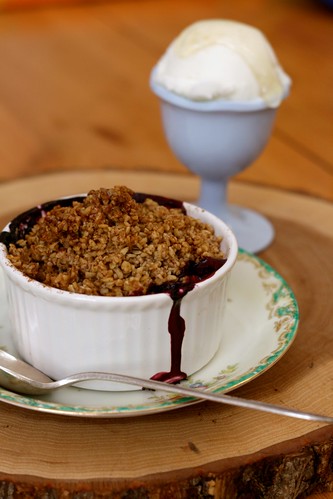 I’m not allowed to be vegan because:

I sometimes carry a pound of butter around in my purse.

I stir fry my tofu in bacon fat.

I seriously consider grating cheese on my pillow before I go to bed at night.

I think heavy cream should be awarded its own national holiday.  I’d like that day off work too… sweet, thanks. 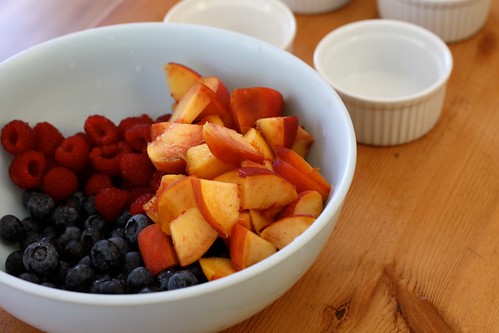 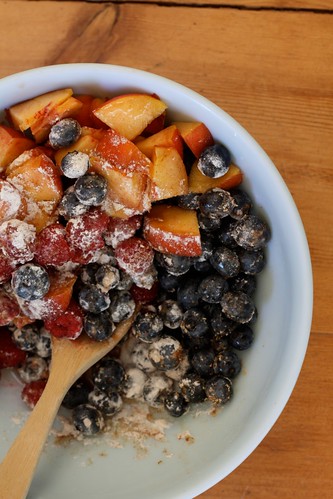 Just because I’m not allowed to be vegan doesn’t mean that I can’t make a stellar vegan dessert from time to time. 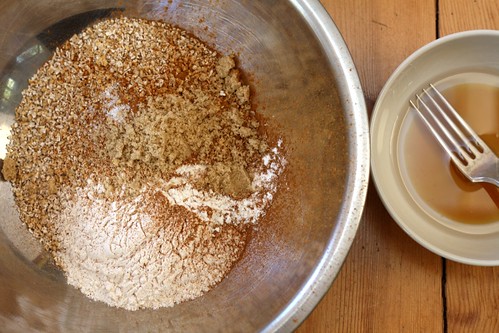 This cobbler is such a delight… I’ll tell you what!

I made the whole recipe without measuring a thing.  Not one thing!  I looked at the recipe, read it through, then estimated the amounts.  A little of this.  A little of that… and BINGO!  Success!

I encourage you to do the same thing.  This recipe is loose enough for such brazen actions. 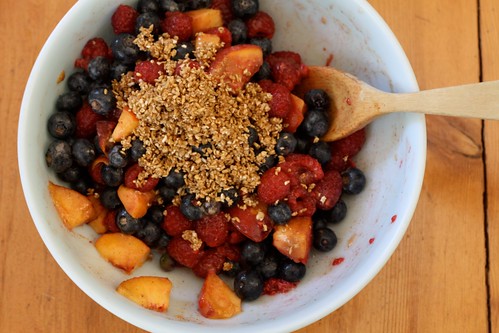 This vegan cobbler is simple and delicious.

Seasonal peaches and berries are baked with a bit of spice and loads of oat and maple topping.

Feel free to use any combination of summer fruit that excites you. 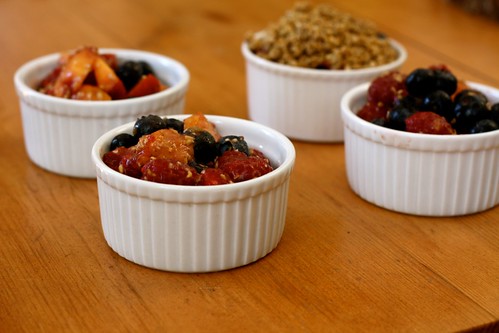 I made six mini cobblers, but you might want to bake up a9-inch square pan.  Don’t be shy. 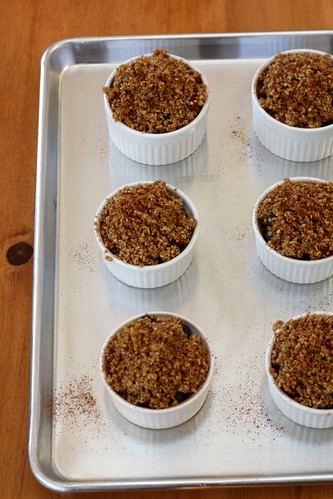 Beautiful and simple summer food.  With cinnamon.  Do this. 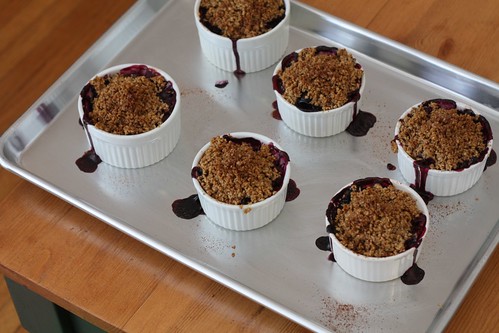 And the bubbled over berry goodness?  Be still my heart.

(if you’d like to use frozen fruit, just defrost and drain the juice.)

(pinch of ground ginger and ground cloves are also encouraged, but not entirely necessary)

In a medium bowl, toss the berries and peach chunks with flour, spices and maple syrup.  Set aside while you assemble the topping.

Add half a cup of the topping mixture to the fruit mixture and toss together.  Scoop fruit into ramekins, being sure to fill each cup to the top.  Spoon and pat topping onto each cup.  Sprinkle with an additional dose of ground cinnamon if you’d like. Place the six ramekins on a clean baking sheet and place in the oven.  Bake for 35 minutes, or until bubbly and delicious.

Serve with vanilla ice cream topped with honey if you’re not vegan after all.

Solo homeowner tip #12: I always keep a batch of E