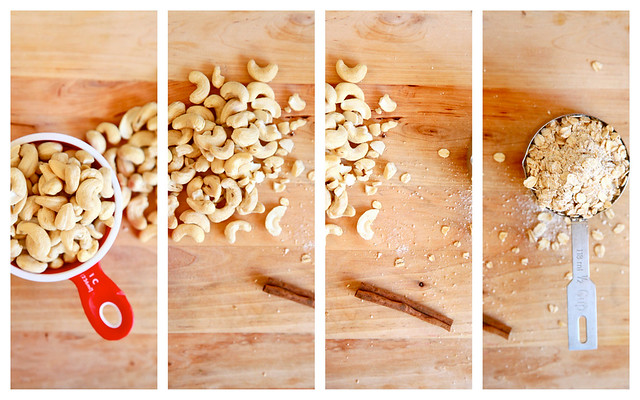 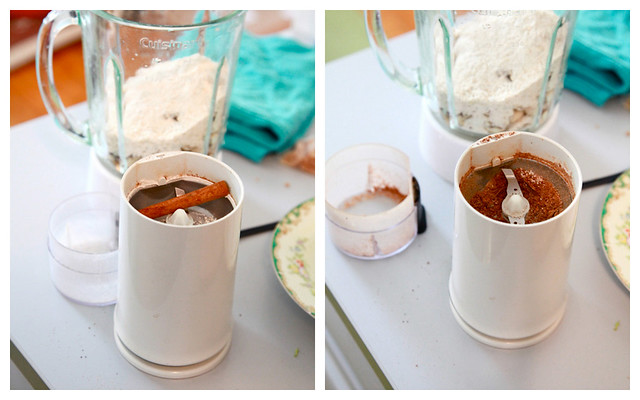 Cashews are full of all sorts of healthy fats.  They’ve got copper.  They help eliminate free radicals.  They’re full of magnesium.  They’re dang good for you.

Oatmeal is great for the heart.  It’s full of fiber and helps to thicken the milk and makes the belly feel full.

If you don’t have a blender… I think you should totally get one. 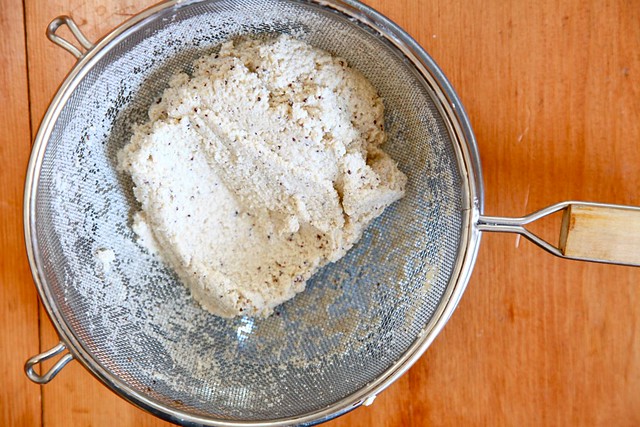 After blending the nuts, oats, cinnamon agave and water, I strained it through this fine mesh strainer.  I pressed hard to release all the milk, and got a fair amount of nut, oat, and cinnamon bits in my milk.  I loved it.  But!  If you want a smoother milk… line the fine mesh strainer with cheese cloth for straining, and strain the milk several times.  Smooth milk. 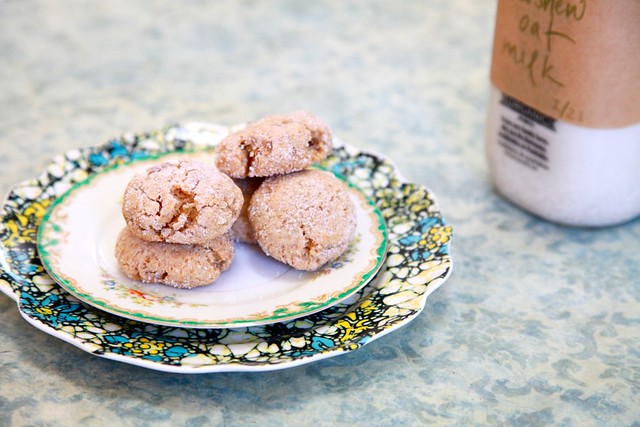 Vegan milk with vegan cookies.  I’m pretty stoked on this.

And tomorrow… you’ll most likely find me with a stick of butter in my hand.  I’m complicated.

Makes just under one quart of milk

3 cups of water for soaking

Place raw cashews in a clean bowl and top with 3 cups of water.  Cover with plastic wrap and let sit overnight, or for 8 to 12 hours.  Once soaked, place the cashews in a fine mesh strainer and run the softened cashews under cool water until clean and the water runs clear.  Set aside.

Combine oats, cinnamon, cashews, filtered water, and agave in the bowl of a blender.  Cover tightly and blend on low speed, increasing to high speed, until smooth.

If you’d like a smoother milk, feel free to pass it through the strainer once more.

Store in an airtight container (I used an old one-quart milk jar) and place in the fridge.  Shake well before enjoying.

Milk lasts, in the refrigerator, for up to 4 days.

Oh!  I used the cashew and oat meat as a face scrub for a few days.

Spending the hottest days of summer perfecting my