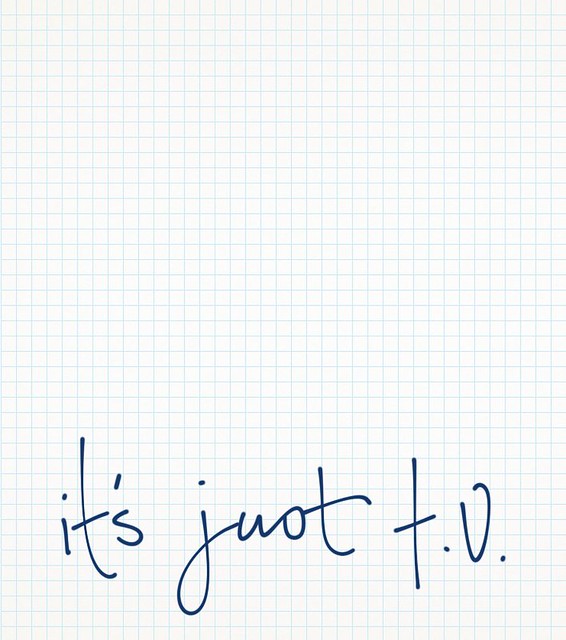 so continues the series on Joy the Baker.  I make notes to myself.   How to live.   How not to live… and how it’s ok if I burn the cookies.

YOU’RE STILL SPEAKING IN ‘SEX AND THE CITY’.  Yes, it’s a television show, but it’s also a language… and yes, it’s weird that you’re speaking it.

You’d think you’d be past all of this, Joy.   You saw Sex in the City 2.  You cried public tears of shame (well… except for the part when those baller Abu Dhabi ladies revealed all their gems and Gucci).  You know that the Sex and The City revolution is over.  Why why why are you still speaking in Carries and Charlottes?

I’ll tell you why. (This is the part where I switch from you’s to I’s.)  In an interview last month I was asked if I’d choose Big or Aidan.  It seriously took me a solid 45 seconds to figure out what they were talking about… and then I thought REALLY!?  Define myself by choosing between two perfectly archetypal men from a ten year old television show!?  Good grief it’s not over.  But see… I’m sometimes guilty of using the same Sex and the City language.

Let’s just lay it all out there.  Am I a Carrie or a Charlotte?

Am I a Carrie or a Charlotte?  Am I a Samantha… or is that character only reserved for Halloween night when every character gets a sexy makeover?  Let’s play the game.  I’ll tell you now that I might be the only girl in the world willing to admit she’s a Miranda.  Yes.  I’m worried that I’m going to choke on Chinese food living alone in my apartment, I overfeed my cat so he won’t eat me, and I pour dish soap on cake in the trash bin (and then I take the trash bin out to the curb for immediate morning pickup).  I love my work.  I look a little clunky when I walk in heels.  I’ll sass you with sarcasm at the brunch table.  And I’ll totally roll my eyes if you tell me one more time you’ve gotten back together with Mr. Big.

Mr. Big or Aidan?  I choose Steve.  Yea…  what does that tell you about my life choices and my shoe closet?  There’s something about a raspy voice, a Catholic mother, and major Dad skills that really appeals to me.  Let’s wear flats and move to Brooklyn, Steve!  Ps… It’s entirely possible that Aiden is the right answer because of the dog, muscular arms, and furniture making skills.  Mr. Big is not the right answer… I could clearly just call a car service and save my heart the grief.

Miranda, you workaholic you… you’re my girl.

In real-life Joy the Baker Sex and the City (aka Joy Went To New York This Summer),  I got splashed by a NYC Taxi in July and I did not feel the least bit sexy.  I almost cried, then I remembered that you’re not allowed to cry on the streets of New York because you’ll look lost and cliché.  So I didn’t.  To be fair… it was only on the legs and I wasn’t wearing a white tutu.

Sex and the City isn’t real.  We’re adults.  We know it’s not real.  Besides, Carrie would never survive in the blog world with just one column a week and an expensive shoe closet and Manhattan apartment to maintain.  Our rational brains know this is impossible, yet we still insist of ragging on the first pear-shaped engagement ring Aidan got Carrie (what is wrong with us!?).  On the other hand HBO’s Girls is real…. too.real… which means we kind of have a problem (and we need to order a pizza to solve it).

Part One:  Be Bold

Things I learned you could Google in the writing of this nonsense: ‘Aidan engagement ring’.  It’s weird because he’s not real…

If it is your instinct to take this nonsense too seriously… don’t.  I’m not really a Miranda, or a Charlotte, or a Carrie… I’m a me, and it’s rad (and awkward).

Spending the hottest days of summer perfecting my