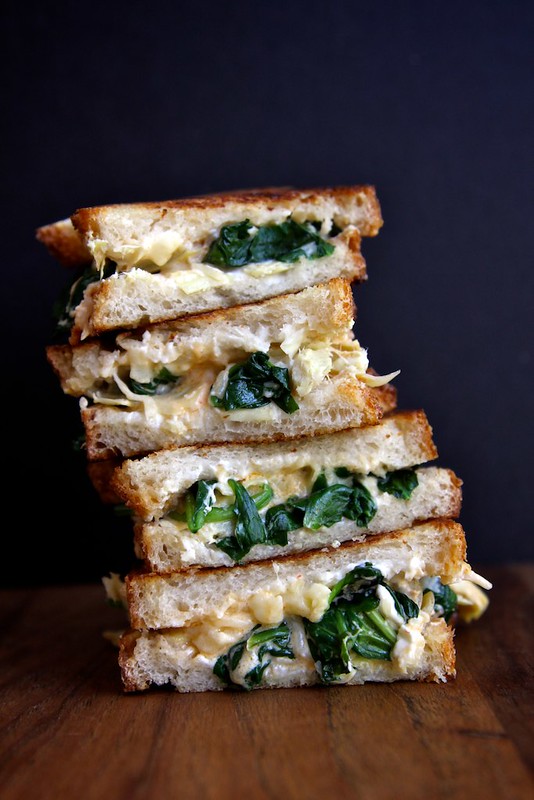 I’m not much for celebrating national food holidays.  It seems like everyday there’s sooooomething.

We could get tipsy on National Mulled Wine Day… which, strangely, is celebrated on March 3rd.  We could bust out a spoon for National Nutella Day.  We could get our fingers greasy on National Fried Chicken Day.  I’m actually thinking of changing my birthday to May 14th, National Buttermilk Biscuit Day.

Did you know that there’s a National German Chocolate Cake Day?  Yea. That’s real.  I hope you have your party hats ready.

I know what you’re thinking…when is National Grilled Cheese Day?  Surely this perfect food must have a day of remembrance.  I’ll tell you what… grilled cheese is so special that it has, not just a day, but an entire month of celebrating!

This is something I can get behind.  All in! 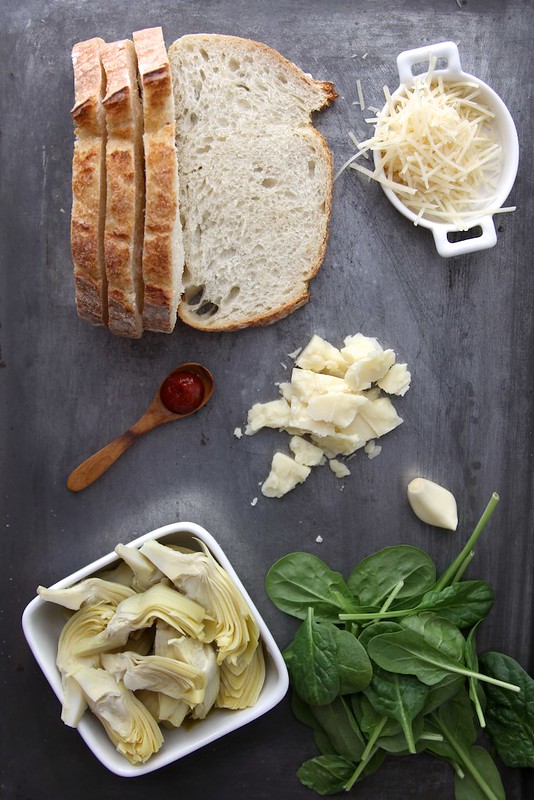 For the filling we’re going to combine canned artichoke hearts, spinach, garlic, a white cheddar or jack cheese, and salty parmesan cheese too! 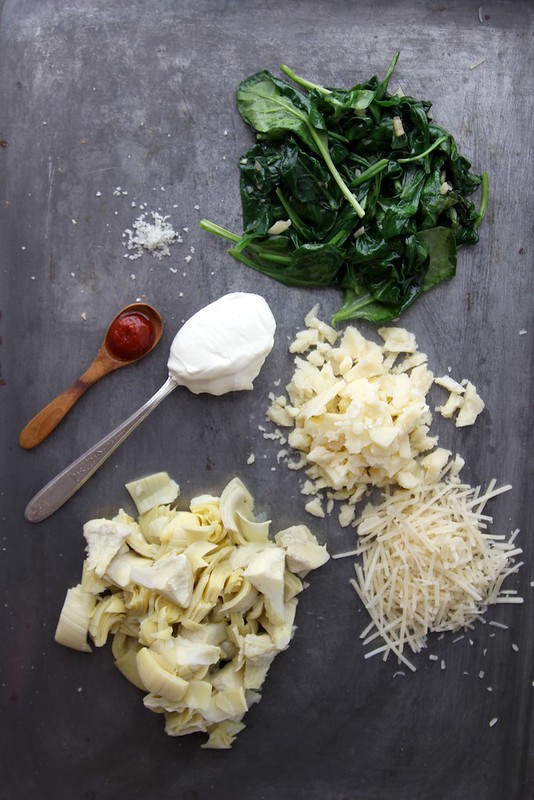 I chopped the artichoke hearts into small bite-sized pieces.  The spinach is sautéed with minced garlic until soft.  The cheese is chopped.  The sour cream is dolloped.  We’ll throw in a bit of sriracha for flava’. 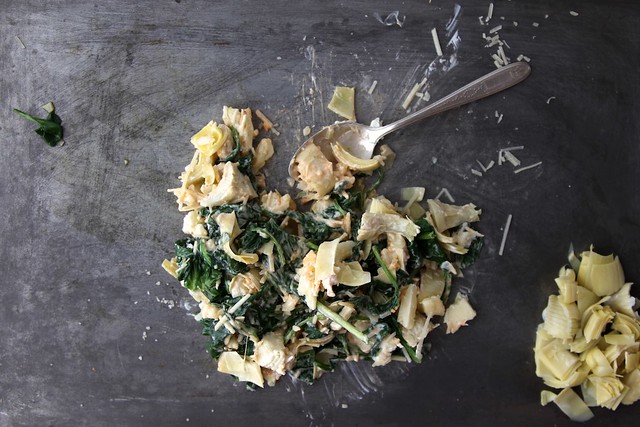 It’s time for the smash-bang. 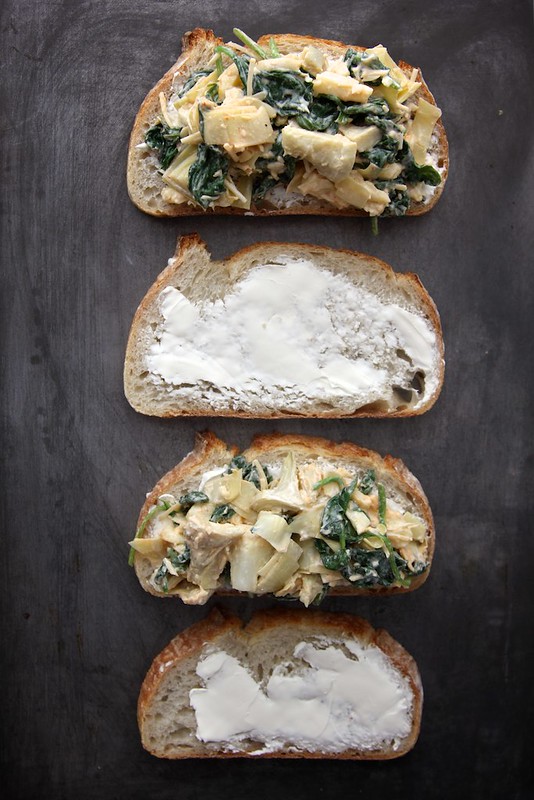 Oooh cream cheese.  It’s not as though we don’t have enough creamy and cheesy elements in this sandwich with the cheddar, Parmesan, and sour cream.  Let’s throw in one more for good measure.

If it makes you feel any better, the cream cheese is acting as glue in this sandwich.  Creamy, delicious glue. 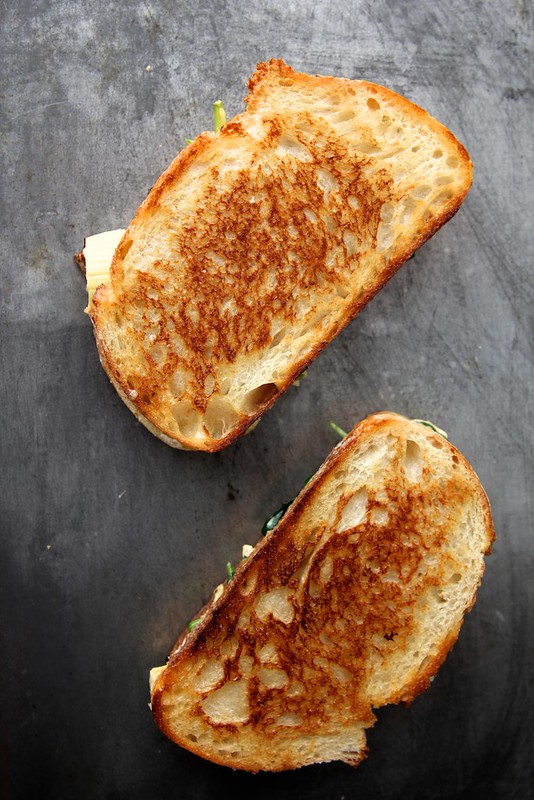 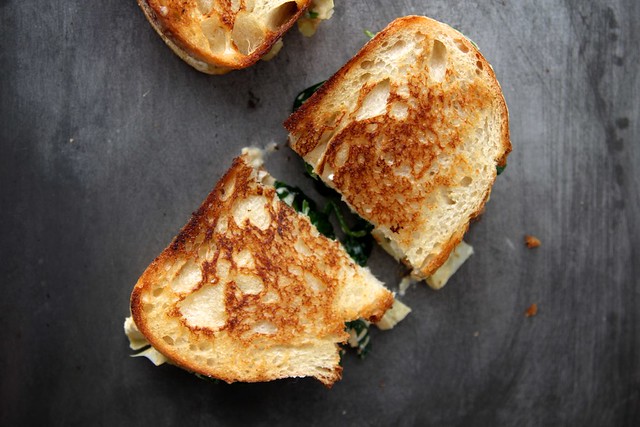 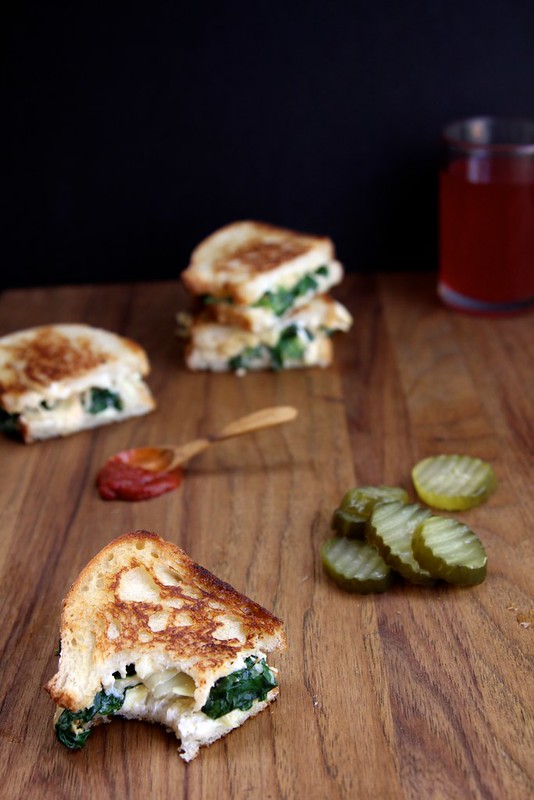 What I might not tell you is that I ate all four of these sandwich halves.  I wanted you to think I had a lunch-mate, but… sadly noooo.  Mine all mine.  Yea…

1 tablespoon butter, for grilling the sandwiches

Sandwiches are very personal so the ingredients above are entirely flexible and up to you!

In a small skillet, heat olive oil over medium-low heat.  Add garlic and saute for 30 seconds.  Add spinach leaves and saute until wilted.  This should happen quickly.  Spinach just wilts in a hot pan.  Remove spinach from skillet, place in a medium bowl and set aside.

Spread each slice of bread with a bit of cream cheese.  You don’t need much.  We’re using it as edible sandwich glue.

Squeeze or press as much liquid as possible out of the canned artichoke hearts using a paper towel.

Heat butter in a skillet over medium-low heat.  Add sandwiches and grill until each side is golden and the insides are melty warm.  Serve immediately.

END_OF_DOCUMENT_TOKEN_TO_BE_REPLACED