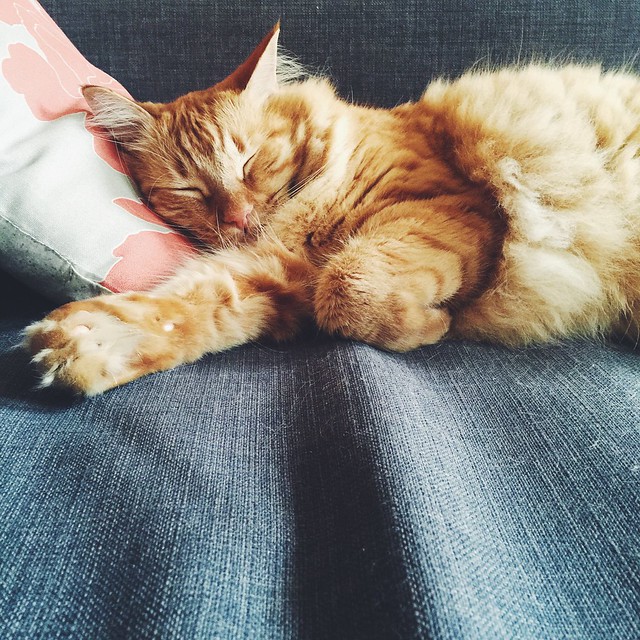 [H]ave you met my cat-animal named TRON?  The cat previously known as Jules Cat Stevens (an entirely unfitting name for this beast of an animal)? TRON is the fluffy, hungry, lazy, crazy creature I let live in my house.  Not only do I let him live with me, but I feed him, well and plentifully.  He’s part wolverine, part shark, and cat so he deserves the best (and a lot of it), so I was thrilled when the folks at Beyond Natural Cat Food approached me about working together on a series celebrating my cat!  Just let it happen… In the coming weeks I’m even designing the perfect CatLady Gift Set (yessss), as well as tips on how to keep your cat healthy and happy.