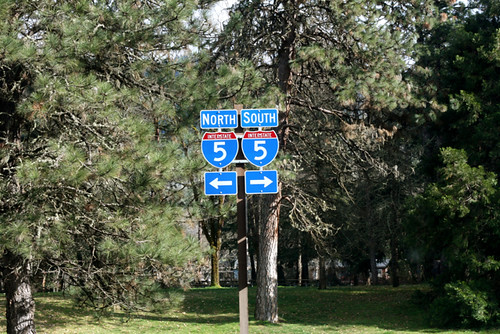 Joy the Driver and Lauren the Snack Coordinator

or simply… Joy the Baker moves her sister from Los Angeles to Seattle in a Budget moving truck creatively nicknamed Budgie. 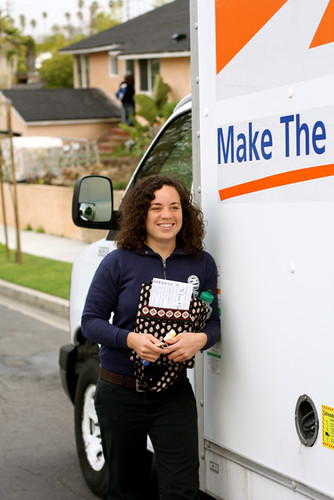 It’s early Tuesday morning.  My Mom makes Lauren pose with her moving truck.  That’s not weird, right?  Not weird at all. 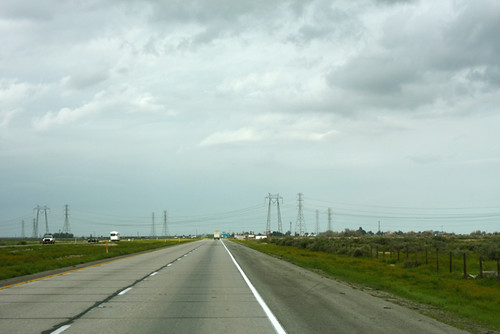 The I-5 between Los Angeles and San Francisco.  Green, trees, produce and trucks. 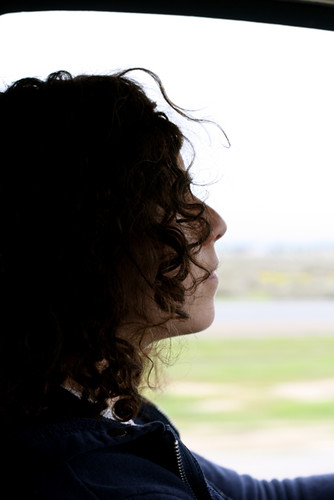 This is a picture of my sister driving.  Let me tell you why this picture is a small miracle. 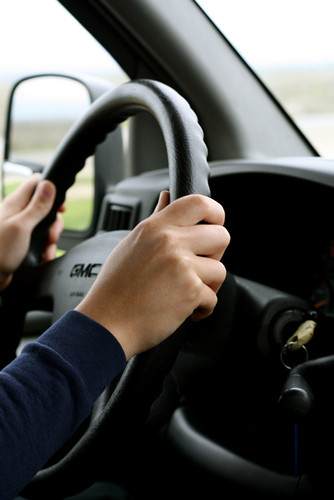 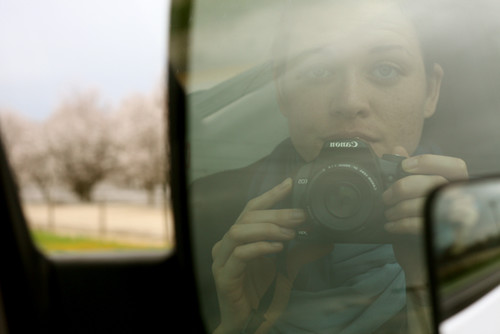 I snapped the picture during the whole 20 minutes that I let my sister drive between Los Angeles and Seattle.  It’s not that she’s a bad driver.  It’s more that I’m kinda a control freak when it comes to things like… my life and living. 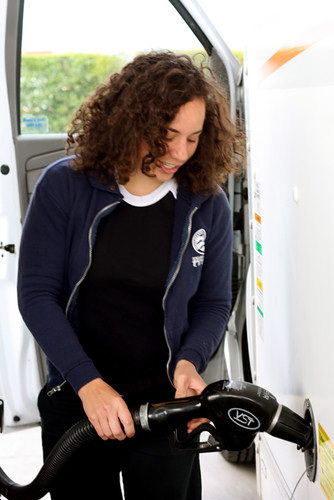 I may not have let my sister drive, but I sure did let (make) her pump all of the gas.  Not her favorite part.  Fact. 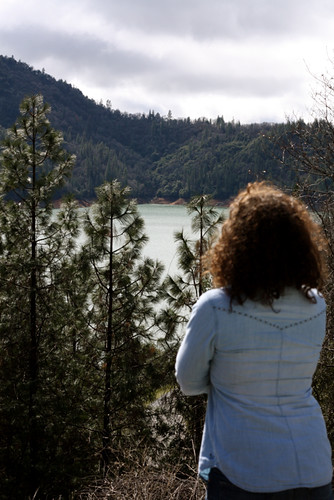 We stopped at Shasta Lake in Northern California to stand still and look at water and mountains. 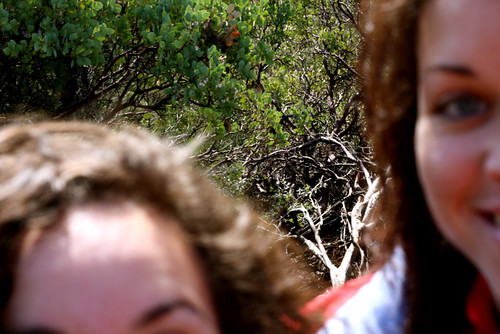 A self portrait seemed like a good idea.  All we got was bush and blurry eyebrows. 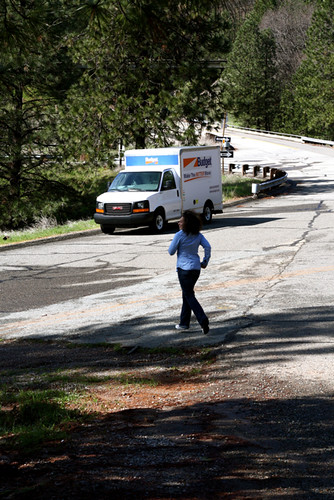 We parked Budgie illegally.  We kinda just stopped her on the side of the road.  That’s cool, right? 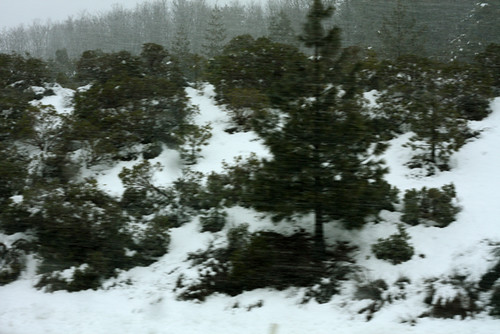 A cool 10 minutes beyond the sunshine of Shasta Lake we hit the snow.  We hit it hard.  Driving through the snow stressed out my Southern California self.  This was deeply disturbing to me. 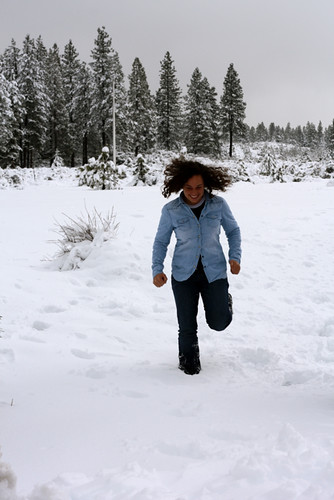 Lauren made me pull over so that she could jump around in the snow.  I was still stressed out until I saw her leaping, jumping and eventually falling into the snow.  Cute.  Super cute. 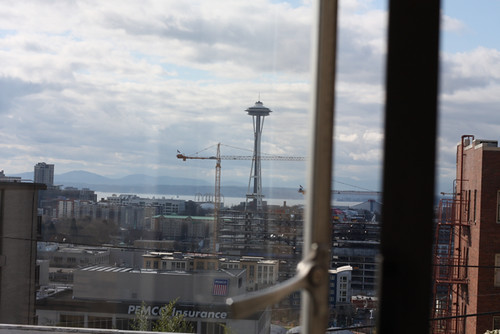 We finally made it to Seattle.  I’d gone through a Costco size bag of Chex Mix, ungodly amounts of dried apricots… and there’s half of a strawberry cheesecake in the truck that I don’t want to talk about.

Somewhere just outside of Portland I put my cranky pants on.  I was tired of driving.  I was tired of having to eat Chex Mix to stay awake, and I just wanted to be in the Seattle to drink the cup of coffee that I’d been waiting days and days for.

We made it.   Thank heavens.  This is the view from my sister’s apartment. 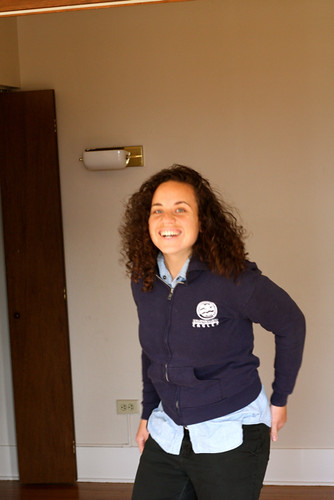 And then I took my cranky pants off, because I turned around and saw this face.  The darling face of my darling little sister standing in her very first apartment on the very first day in her new city.  I’m lucky to have been able to share this journey with her.  Sisters are friends forever… that’s what we tell each other… because it’s true. 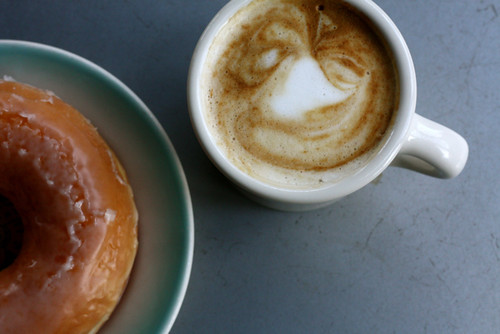 Then… we unpacked the truck.  It had its obscene moments.

To make up for those obscene moments, my sister bought me a latte and a doughnut from Top Pot.  Holy heck!  This set my world right.

Sure I drove days and days to help my sister with her big move.  But maybe… a tiny itsy bitsy part of me was in it for the Seattle coffee… I ain’t gonna lie.