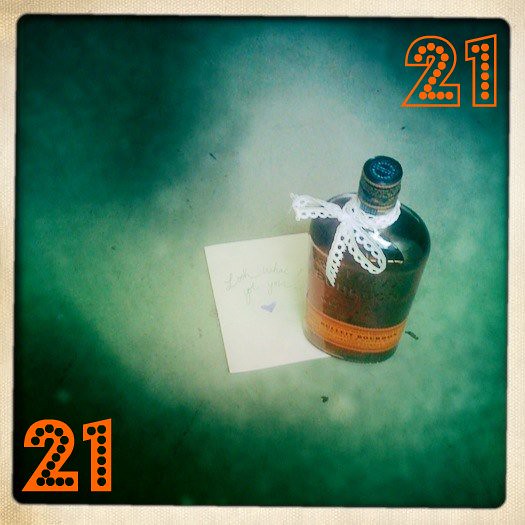 I know you’re not asking for advice.  I know I’m not an expert at life…  I just have a few gems I want you to take with you.

Three:  Chill out on the Facebook.  Seriously.  It’s not real life.

Five:  If your button up shirt is bulging at the boobs… wear another shirt.  OR, just unbutton that button.  We’re talking exposed bra.   You’ll need to wear a necklace or two if you’re going to go this route.  You’re also going to need to walk tall and own it…. and stay away from public transportation.

Six:  Make lists on Post-It notes and knock em out, cross em off, get things done.

Seven:  Look people in the eye and listen when they speak.  It’s a nice touch.  It’s the opposite of Facebook.

Nine:  Don’t drink too much rum… ever.

Ten:  Don’t be one of those girls that carries one of those long, giant cocktail cups around the streets of Las Vegas.  It really gives the wrong impression.  You’ll also have to pee a lot.

Eleven:  If a guy is a jerk, he’s dead to you.  You don’t need that bologna.  Eat an ice cream cone and move the heck on.

Twelve:  Don’t do stupid things that relate to booze, boys, nudity, and consequences.  Keep it together.  Drink more water than booze.  Sloppy is never cute.

Fourteen:  Pull your hair back and wear pretty earrings.  Own it.

Sixteen:  Don’t be afraid of being overdressed.  Dresses are pretty and heels are awesome.  But!  If the heels make you walk like a robot… go with flats.  Know thyself.

Seventeen:  Boxes of cold cereal and a carton of milk make a strange and kinda funny hostess gift.  Coco Puffs and 2 percent.  Try it.

Eighteen:  Buy your friends random gifts… it’s just a nice thing to do.

Nineteen:  Don’t be afraid of looking dumb, asking a stupid question, falling on your face, getting rejected, ripping off your shirt on a crowded street, or being otherwise embarrassed.  We’ll be dead soon.

TwentyOne:  Work hard at the thing that you love.  Like… really hard.  Don’t let anyone tell you that it’s dumb.  If they do tell you it’s dumb… work harder and prove them wrong.  But don’t rub it in their face- just be gracious, and wear expensive lipstick, and smile, and keep working.

END_OF_DOCUMENT_TOKEN_TO_BE_REPLACED