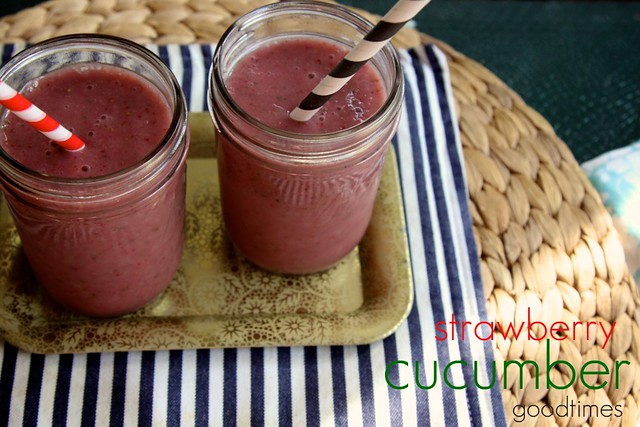 This is not a cheeseburger.

This is not bacon.  These are not peanut butter and chocolate cupcakes.

These are not doughnuts nor french fries.

Oooh how I wish these were all of those things.

Instead… this is health.  It’s health that tastes good and makes our bodies feel like they can leap like superheros, with x-ray vision, and super strength. 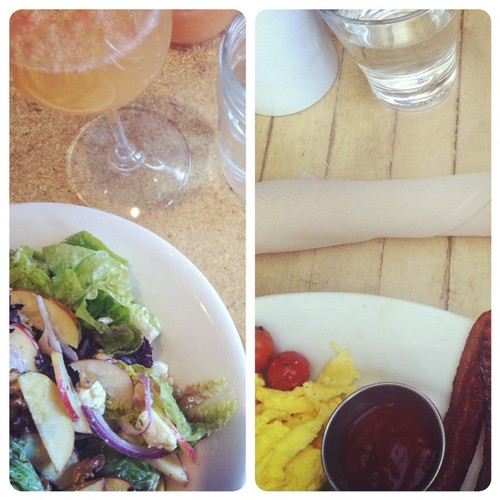 I really love going out to eat.  Sure… that’s an easy thing to say.  But I LOVE it!

When you go out to eat there’s French fries!  Blue cheese in your salad!  And bacon that you didn’t have to cook yourself!  It’s absolute magic.  Until the bill comes… that’s just real life.

When I’m home… not at a restaurant… not eating French fries and bacon… I drink a lot of smoothies.

Smoothies satisfy my desire to throw things in a blender and trick myself into thinking I’m drinking a milkshake.

Good heavens.  I have a problem. 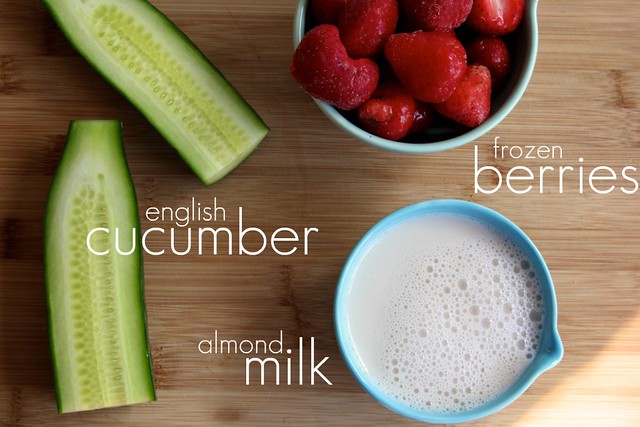 I realize that this might seem like an odd combination of ingredients for a smoothie.  It is.  It’s the cucumber.  Weird, right!?

Believe it or not, cucumber thickens the smoothie!  It also adds lots of hydration and potassium.  It’s a total secret weapon.

This smoothie has just a hint of sweetness… and it doesn’t take like a big bunch of vegetables.  Strawberry sweet with creamy almond milk, and mellow mellow cucumbers. 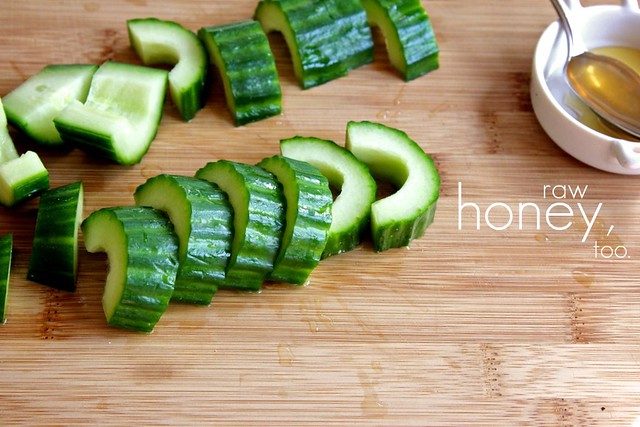 English cucumbers (hot house, that is) are the best for this smoothie.  The skin is thin and can be blended smooth.  Cucumbers with thicker skins should probably be peeled.

half an English (hot house) cucumber, deseeded and chopped into large chunks

Combine all ingredients in a blender and blend!  Add more almond milk as necessary, depending on your desired consistency.  You can also enjoy the smoothie made with frozen blueberries or blackberries.

A drink with a snack and me, a snack.

So far in Mexico we’ve eaten one poison beach ap

Good morning from me in my stretchy pants with my

A little photo album from Seattle summer 2019 with

My favorite bake of the year is these sweet lil’