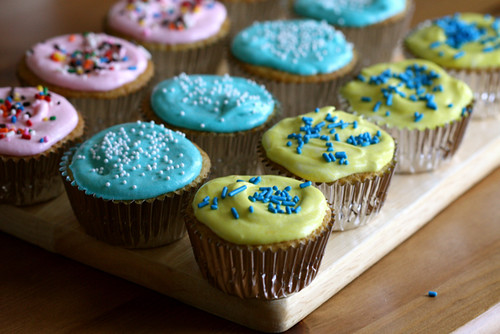 In the middle of frosting these cupcakes I looked down at my hands.  No big deal.  I was simply looking down at the cupcake in one hand, and frosting covered knife in the other.  I had to see what I was doing, right?  When I looked down at this particular moment, I saw… my grandmother’s hands.  There they were, the worn and wrinkled hands that had absolutely fascinated me as a child… only now spotted with powdered sugar and tinted with food coloring.

When I was a kid I would hold my grandmother’s hand in my lap and study it like it like I might study my favorite picture book.  Somehow her hands weren’t at all different from reading an intricate a story.

So there I was, frosting a cupcake with my grandmother’s hands.  The image was so strong that I even put down the cupcake and knife and bent my left index finger with my right hand.  It ached a little.  I don’t know why.  And just like that… those hands were gone from me.

That was simultaneously perplexing and so comforting.  I had to share that with you…  I now only hope that I live long enough for my hands to be read like a story book. 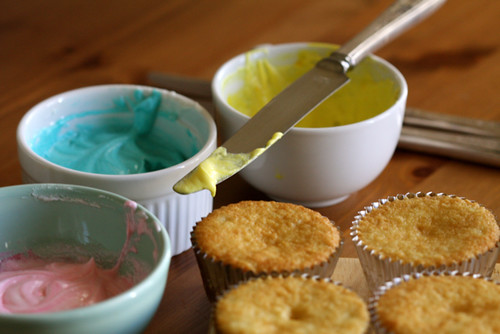 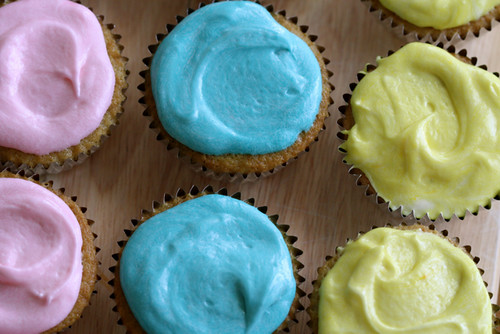 I’m proud of these little gems.  I’m even more proud of the fact that it only took one stick (otherwise known as 8 tablespoons, 1/2 cup or 4 ounces) of butter to make both the cupcake aaaaaaaand the frosting.  That’s bonkers, right?  I know! Just three tablespoons of butter for the dozen cupcakes and 5 tablespoons for the buttercream. Who says you need a pound of butter for cupcakes? 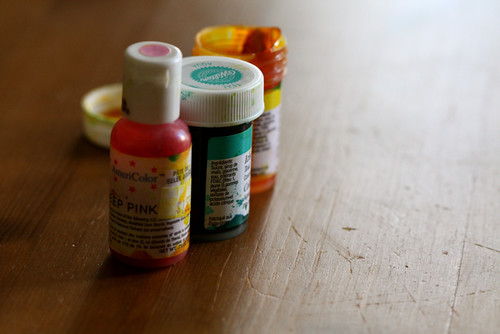 adapted from The Hummingbird Bakery Cookbook

Put the flour, sugar, baking powder, baking soda and butter into the bowl of a stand mixer fitted with a paddle attachment, or use a handheld beater and beat on slow speed until the mixture is a sandy consistency and everything is combined.  Gradually pour in half of the milk and beat until the milk is just incorporated.

Whisk the egg, vanilla and remaining milk together in a separate bowl for a few seconds, then pour into the flour mixture and continue beating until just incorporated.  Scrape any unmixed ingredients from the side or the bottom of the bowl with a rubber spatula.  Continue mixing until the batter is smooth.  Just a few minutes.  Do not overmix.

Spoon the batter into paper lined muffin tins, dividing between the 12 cups.  Bake for 20-25 minutes or until light golden and a skewer inserted in the center comes out clean.  Let the cupcakes cool slightly in the pan, then turn them out onto a wire rack to cool completely before frosting. 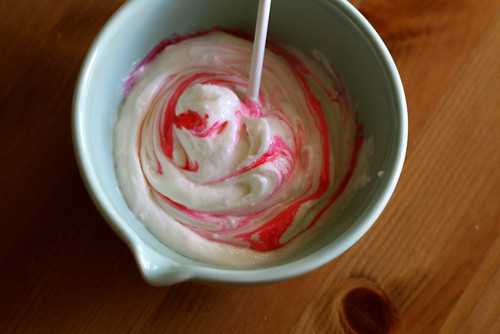 makes enough for 12 cupcakes, double this recipe to frost an 8-inch cake

Beat the powdered sugar and butter together in an electric mixer fit with a paddle attachment on medium low speed until the mixture comes together and is well mixed.  Turn the mixer speed to low.  Combine the milk and the vanilla extract and slowly stream it into the butter and sugar mixture.  Once incorporated, turn the mixer to high and beat until the frosting is light and fluffy, at least 5 minutes.  The longer the frosting is beaten, the fluffier and lighter it becomes.  If you find that your frosting is getting to warm in the summer months, stop beating and set in the fridge for a few minutes.  Once chilled, hook the frosting back up the the mixer and beat once more until you reach the desired consistency.

END_OF_DOCUMENT_TOKEN_TO_BE_REPLACED Hello friends – it’s time for small batch cupcakes! Let this be a bit of sunshine in your day. This is a very vintage Joy the Baker recipe I’ve brought back to life for this modern day.  Cupcakes feel… I dunno… maybe a little trivial considering our current reality, but even as strange as things…

END_OF_DOCUMENT_TOKEN_TO_BE_REPLACED I love catalogs.   Both of my parents worked at the post office when I was young. Beyond that it seemed like they were fans of mail in general because it sure did feel like we got a lot of it, catalogs especially. Remember the Delia’s catalog? Delia’s was the teenage self that I desperately wanted…