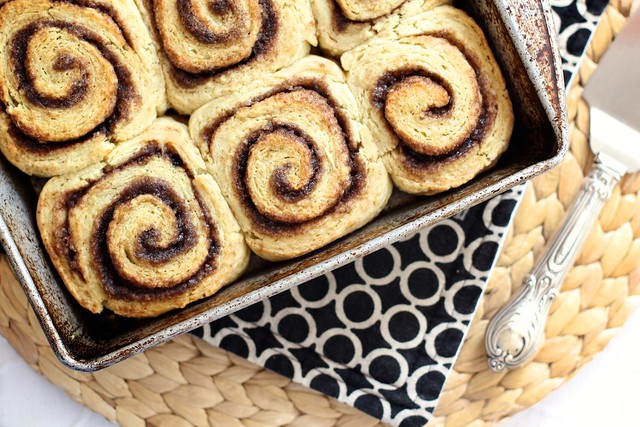 How many more things can I make with biscuit dough… like, now! 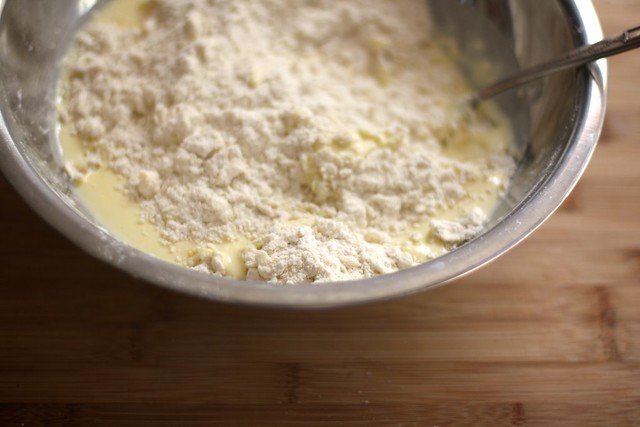 I’ve been caught up in the day to day stress-bits lately.  It’s hard to see big when small tasks are so present and demanding.

Butter.  Biscuit dough.  Buttermilk.  These are all worry-tamers in my book. 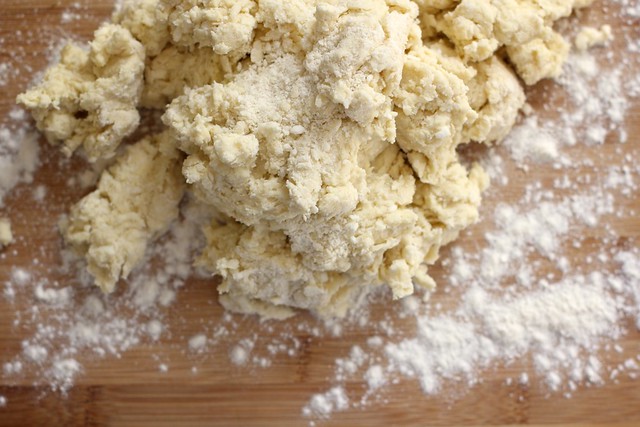 Shaggy and cold dough will be formed into a loose, lightly floured disk. 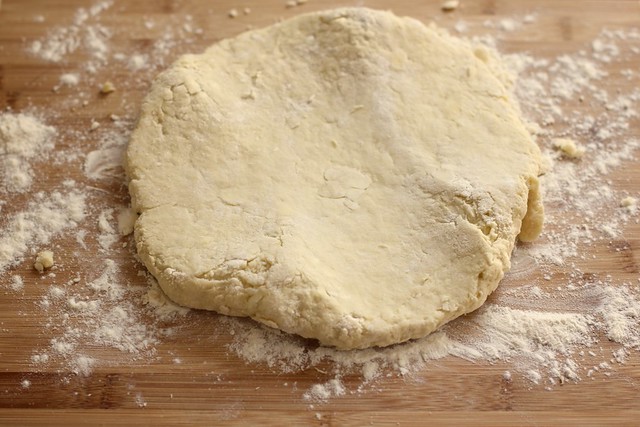 This is how you’d roll biscuits.  Big and thick.

For biscuit cinnamon rolls, we’ll roll the dough much thinner. 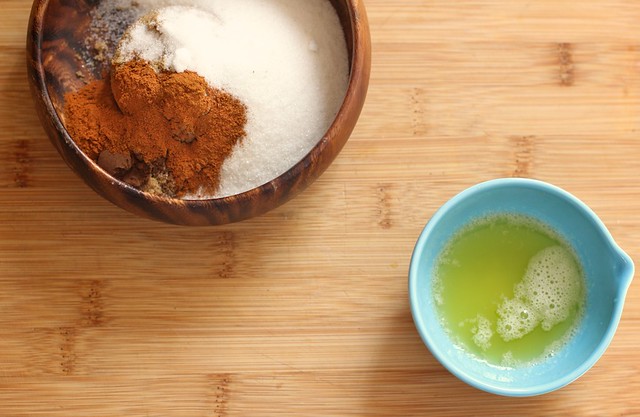 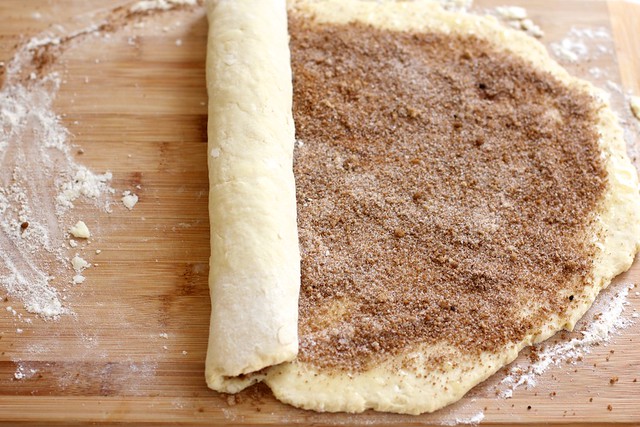 Dough is topped with melted butter and cinnamon sugar filling.

Come on… you know this is when things get bonkers. 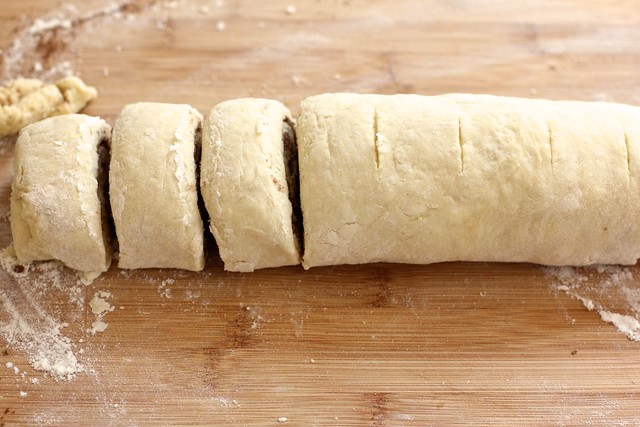 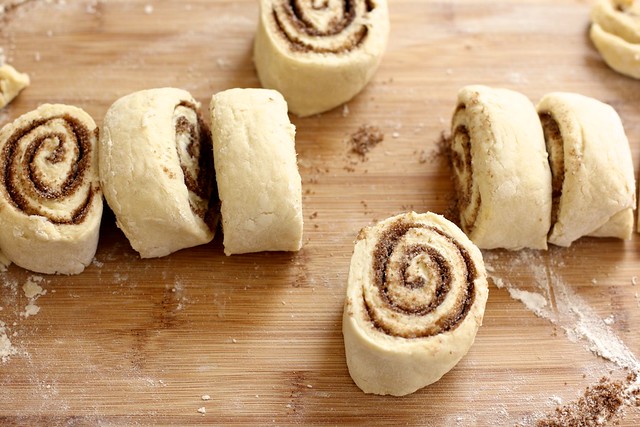 I will never not love this sort of image.

Let’s talk about these little darlings.

Biscuit Cinnamon Rolls are like no other cinnamon roll I’ve ever had.  There’s hardly any kneading.  There’s no rise time.  There is warm, tender-centered, cinnamon flavored dough bites.  These pastries bake up with biscuit flakiness and rich cinnamon swirl.  They’re a bit more dense than your standard cinnamon roll… because they’re biscuits.

I think these rolls are best served warm, the day they’re made.  I quite like them with extra butter (duh) and a bit of strawberry jam.

aaaand…. I love you.

Know what else is bonkers!?

1/4 cup vegetable shortening, cold and cut into cubes (if you don’t have shortening you can certainly substitute unsalted butter)

2 tablespoons unsalted butter, melted plus a bit more for topping the biscuits before baking

Place a rack in the center of the oven and preheat to 400 degrees F.  Grease a 8×8-inch square baking pan with butter and set aside.

In a small bowl, make the filling by mixing together sugars, spices, and salt.  Set aside.  Set melted butter aside as well.

In a mixing bowl, sift together flour, sugar, baking powder, baking soda and salt.  Cut in shortening and butter until mixture resembles coarse meal.  Use your hands to break the fat cutes into the dry ingredients.  Some of the fat bits will be the size of peas and some fat bits will be the size of oat flakes.    In another bowl, combine egg, milk, and vanilla, and beat lightly with a fork.  Add the liquid to flour mixture all at once, stirring enough to make a soft dough.

Turn out onto a floured board and knead about 15 times.  If the butter has warmed too much in the making of the dough, shape the batter into a dish, wrap in plastic wrap, and let rest in the fridge for 15 minutes.  If the butter is still cool, shape the dough into a disk and, on a well floured surface, roll dough to a little less than 1/2-inch thickness.  My dough was about 12-inches long and 10-inches tall.  The dough will be rolled much thinner than a biscuit dough that you would cut biscuits from.

Brush biscuit dough with melted butter.  Sprinkle liberally with cinnamon sugar filling.  Begin to carefully roll one vertical side into a fairly tight roll.  Continue rolling until you have a biscuit cylinder.  Using a sharp, floured knife, slice into log, about 1-inch thick.  Place rolls, in prepared pan.  Brush the tops with melted butter and bake for 13-15 minutes, until slightly golden brown on top.

These biscuit cinnamon rolls are best served warm the day they’re made.  They’re also good reheated with butter and jam. Just an old dog here with some new tricks, a handful of cheese, and a spicy peppers. A few weeks ago I watched Carla Hall make biscuits here in New Orleans and a lovely new place for culinary people called Nochi.  Carla is a biscuit queen – this coming from someone who thinks herself a…

END_OF_DOCUMENT_TOKEN_TO_BE_REPLACED We’re in the home stretch. Literally – I’m currently stretching my way across the country to go home to Los Angeles for a few days. With hope that you’re home and cozy, I bring you a Christmas morning breakfast recipe hybrid: tender buttery biscuits in the style of cinnamon rolls. If you’ve got butter in…

END_OF_DOCUMENT_TOKEN_TO_BE_REPLACED I swear… as soon as we wind our clocks forward and tack that extra hour of daylight to our evenings, I’m sure it’s summer.  I’m sure it’s time for a new pair of (now age appropriate) jean shorts, time for pink wine and pink sunsets, time for me to start chasing the sound of summer waves…