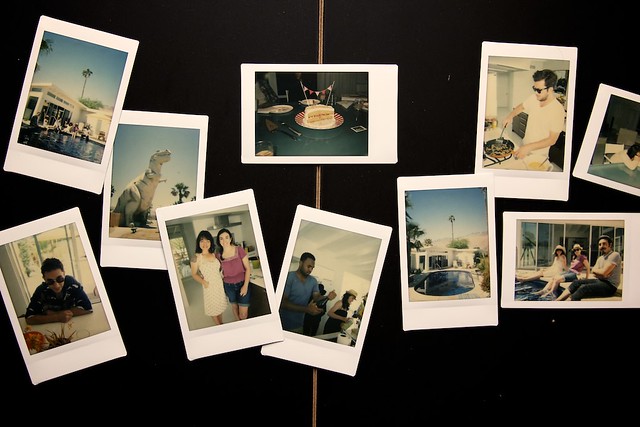 Over the past four years, there have been exactly 776 things that I’ve blogged about.

There’s the obvious:  mushroom biscuits, strawberries, and doughnuts.  I’ve shown you a craft or two, and a few of my life essentials.

But… the one thing I don’t get my blog on about is my birthday cake.

It’s bad enough that I have to make my own birthday cake (mostly because I’m a slight control freak)… it’s just not a thing I want to turn into photo editing and uploading and.. well, some things are just for eating.

This year’s birthday was spent in Palm Springs, California with friends, champagne, a heated pool, some floppy hats, soooo many hot dogs, some really competitive card games, and and and… I made a little paper decoration for the birthday cake!

I’ll show you how! 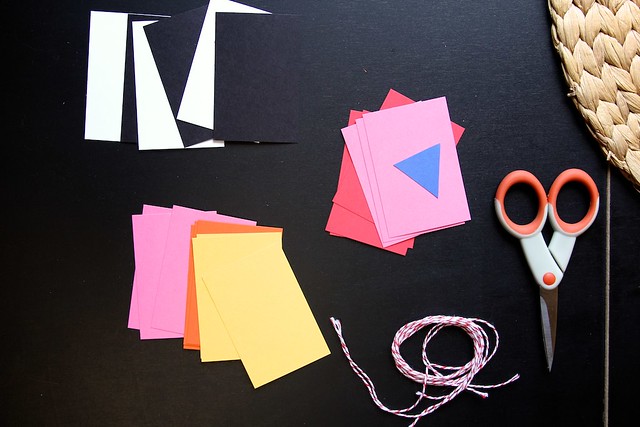 One:  Start with colorful card stock.

I LOVE pink and red.  Black and white is a classic combination.  Pink, orange, and yellow just feels like summer.

Pictured above are business card sized card stock.  Whatever size you use, maximize space by cutting several triangle flags out of each piece of card stock.

Two:  Trace and cut out a a small triangle.  This will be our guide piece (in blue, above).

Four:  Cut the triangle pieces out! 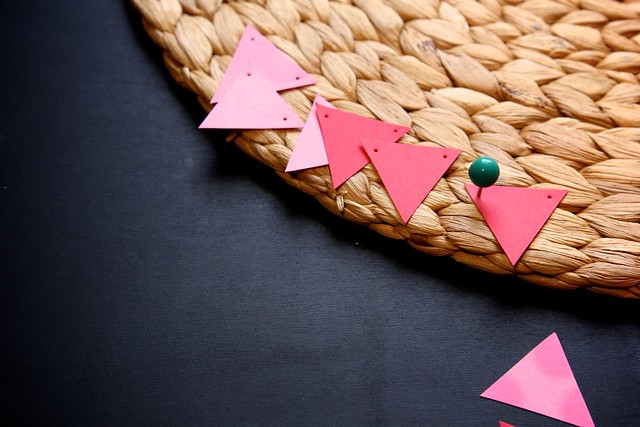 Five:  Find a thick tack and puncture two holes in each triangle corner.  Wriggle the tack around a bit, creating a slightly larger hole.  It’ll be easier to pull the string through. 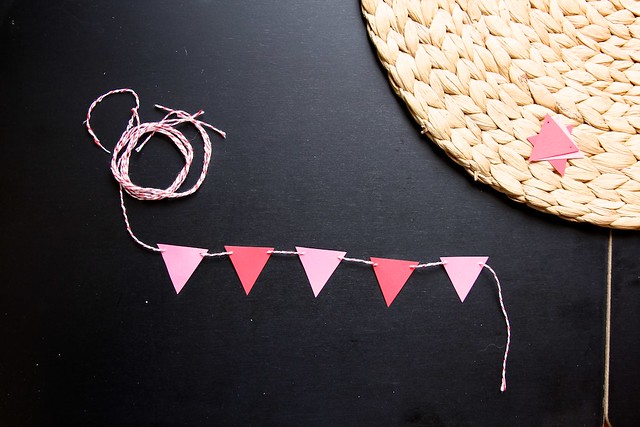 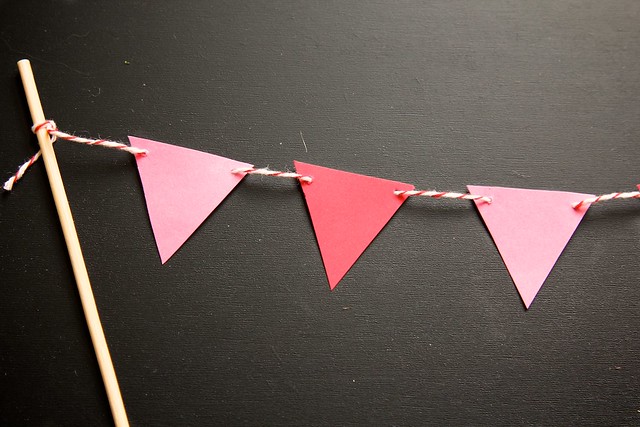 Seven:  Tie each end of twine onto a bamboo skewer.  We’ll leave a bit of slack in the twine so the banners hang loosely.

Eight:  (Drive homemade cake banner to Palm Springs, California, drink lots of champagne with your friends, allow a friendly game of Spades to devolve into yelling and tequila shots.) Place each end of skewer inside of frosted cake to decorate.  Slice, eat and enjoy cake!  (Stop yelling… eventually.) (Learn how to not be such a sore loser.)

If you love this idea, but aren’t feel particularly crafty, these cake flags were inspired by Poketo’s Rainbow Bunting Flags… and the cupcake version is super cute as well!

Mom and Dad are visiting New Orleans and every mor

I made the cutest Mexican Sweet Breads which means