Let’s set aside our pretentious and our kale.  We won’t need them.

We’re also going to set aside any tinges of guilt or doubt.

What we’re going to do is smash candy into our crispy rice treats… and we’re also going to feel really good about it. 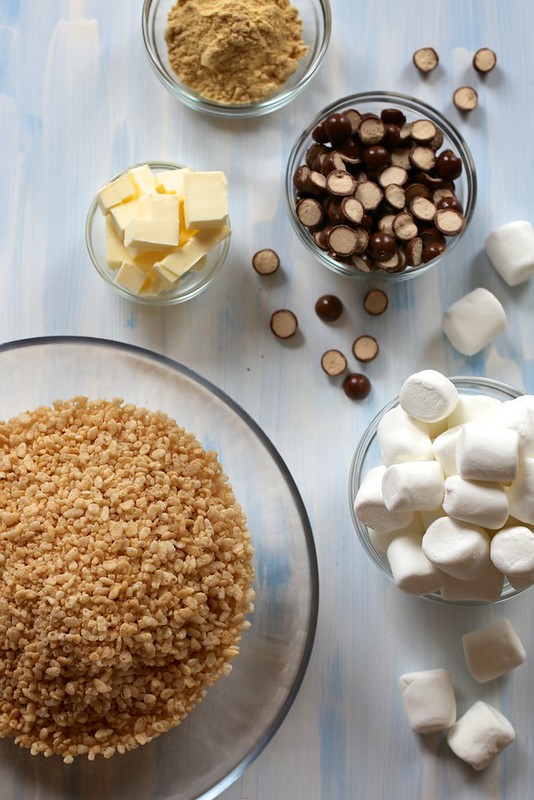 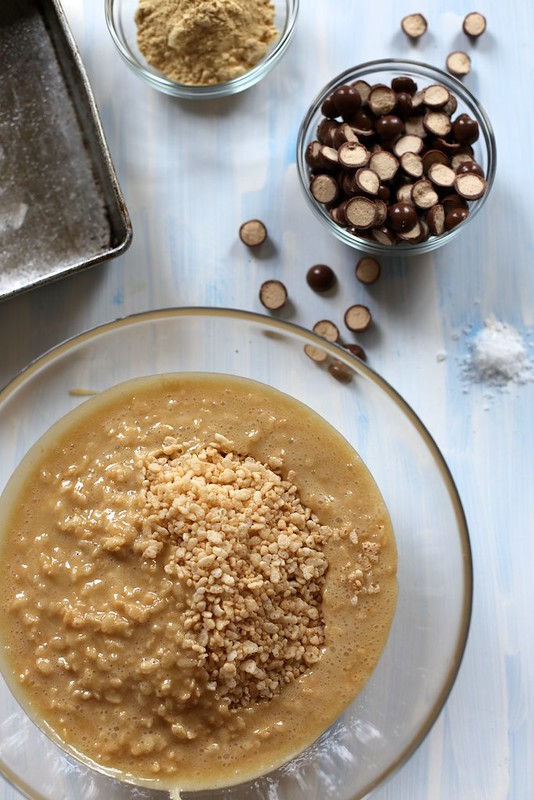 Butter is melted and browned before its stirred into marshmallows.  Brown butter adds a depth of flavor to these treats that feels essential. 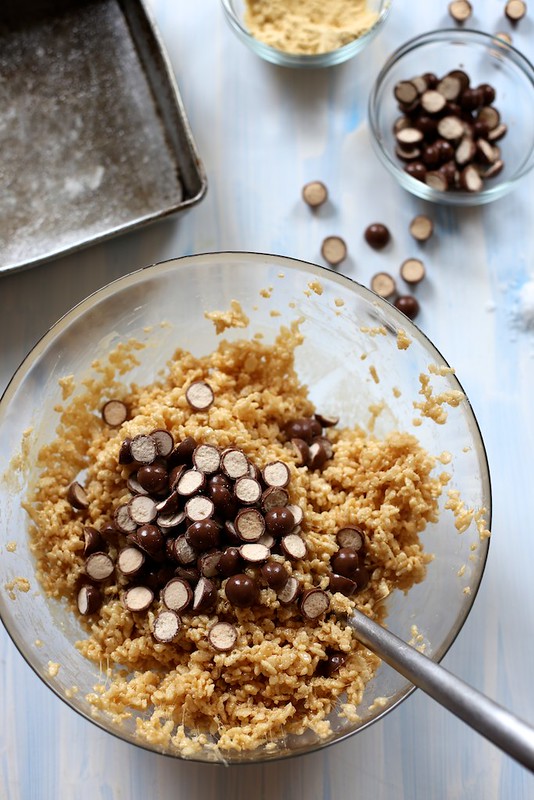 We also stir in malted milk powder and a hearty amount of  salt!  Salt balances all of the mega sweetness. 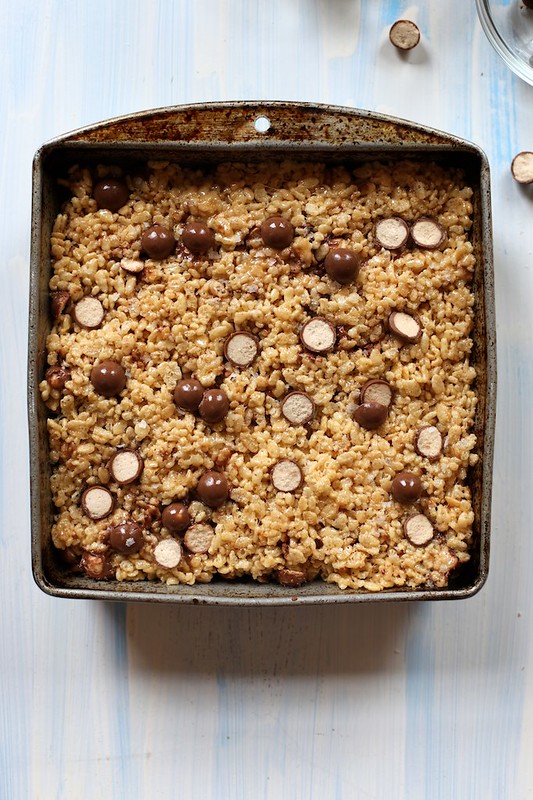 You know how hard it is to shell pistachios?  I always eat them more than I reserve them for a recipe.

The same can be said of slicing Whoppers candy.  It’s impossible not to eat most of them.

Whoppers are sort of like eating sweet sidewalk chalk covered in chocolate.  I mean that in the best possible way. 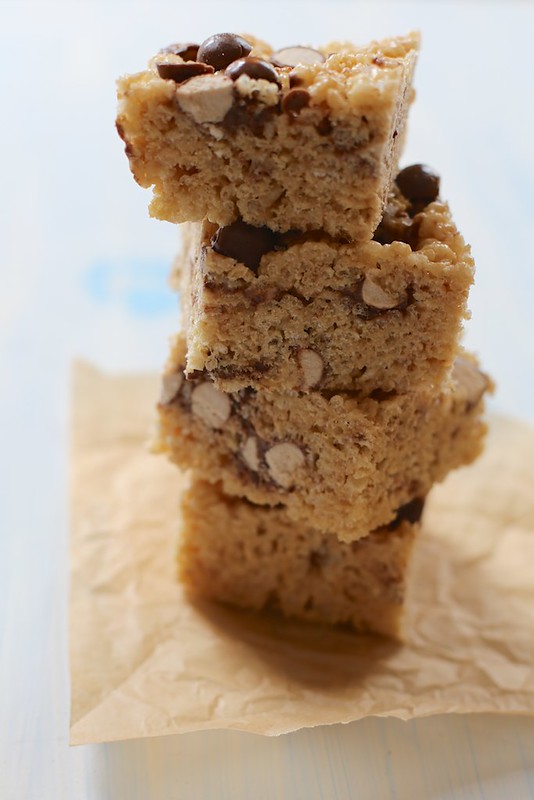 A good sprinkle of sea salt on top.  A big knife to slice these suckers into (too) generous slices.  Dots of malted milk candy.  No oven. No baking.  Almost instant satisfaction.

Oh!  Also… no shame in out game whatsoever.

In a large saucepan over medium heat, melt the butter.  Melt butter until is begins to crackle and sizzle.  This means the water is cooking out of the butter and the butter will begin to brown.  Add marshmallows to the melted butter just as it begins to brown and reduce heat to low.  Add salt and stir until the marshmallows are completely melted, and the marshmallows and butter are thoroughly combined.

Quickly add rice cereal and malt powder and stir to combine.  The mixture will be thick and sticky.

Allow to rest at room temperature until set and sliceable.  A refrigerator will make the setting process faster.

Slice into 9 large squares and wrap individually.  Treats will stay fresh for up to five days.