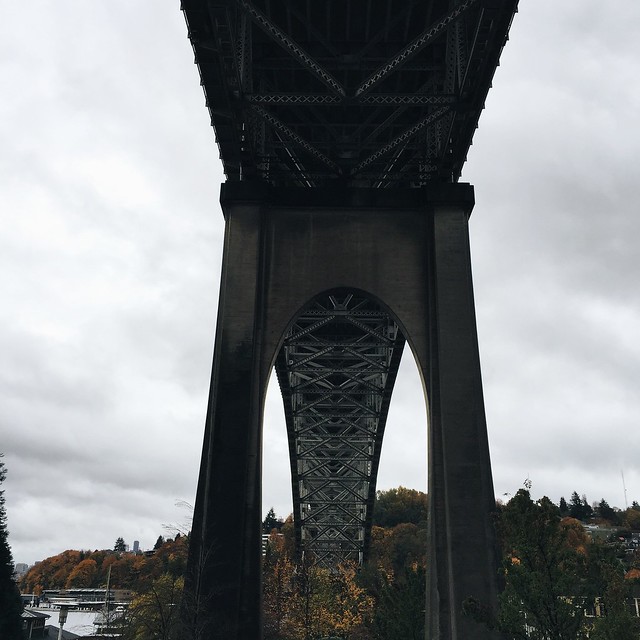 I’ve been in Seattle this past week.  It’s all greens, bridges, and clouds.  If you’re wondering why Seattle is completely out of coffee and wine this week… that was me.  I drank it all.  It wasn’t pretty.  Sorry.

Let’s go ahead and add “nervous breakdown” to the list of things we should never Google, or admit to Googling.  Ooops.  But, I mean… if you have the foresight to Googling it, does it mean that you’re probably not having one?  Probably.  Likely.  Don’t look at me.

The Internet is a mad world.  Here’s some:

•  ‘Alex From Target’ and the Mess of Uncontrollable Fame.  The internet is the weirdest place and I suppose now a random candid picture of you at work can lead to hundreds of thousands of social media followers and tweets from Ellen.  But what do you even doooo with that!?  “Fame has always been fickle; but in the past, ascending to internet stardom involved at least some effort on the part of a fame-seeker.”.  Does anything mean anything anymore?  Not rhetorical.

•  “In short, people with A.D.H.D. may not have a disease, so much as a set of behavioral traits that don’t match the expectations of our contemporary culture.”  A Natural Fix For ADHD

•  It takes some comedic bravery to say the words Chris Rock does.  There’s something beyond the humor though… always. Chris Rock Monologue on SNL

•  On Kindness:  My Mother Is Sick  FYI: Really beautiful.

•  Where do all of these stories even come from?  People that are brave enough to go out and get them.  The Committee to Protect Journalists says that 370 journalists have been killed in the last 10 years as a direct result of their jobs.  Here’s that story.

•  Broken Sleep:  People once woke up halfway through the night to think, write or make love.  What have we lost by sleeping straight through?

•  Tomorrow we have another Baking Bootcamp!  First we made Triple Berry Cinnamon Swirl Bread then Apple Pie Biscuits.  Tomorrow we hitting up the savory side!

•  The Kitchn has some lovely Thanksgiving inspiration.  Not complicated or fussy.  Just right.

•  No You Are Not “Running Late”, You Are Rude And Selfish.  Think about it.

•  I’m going back to school with PBS and The Fault In Our Stars‘ John Green:  Crash Course.  Is this going to be on the test?

I hope you sail through this Tuesday.  Google all the cries for help you need to.  Maybe just don’t me like me and tell aaalll of the Internet. Hello friends and welcome to this fine Sunday.  Today marks the 379th time I’ve come here to tell you how I think, what I feel, and what dresses and lip balm and sunscreen I’m into beyond the recipes that are the foundation of Joy the Baker. Can you believe? That’s no small feat.  I’ve taken…

END_OF_DOCUMENT_TOKEN_TO_BE_REPLACED Hello, friends! What are you eating and drinking to stay cool when going outside is like entering a furnace? As I type this, my fingers are buzzing from iced coffee and my fingertips are stained crimson from cherry consumption. It looks like my 4-year-old gave me a French manicure. Who knows? Maybe this’ll be the…

END_OF_DOCUMENT_TOKEN_TO_BE_REPLACED